Fourth in a series of posts which build on each other looking Tanzu. 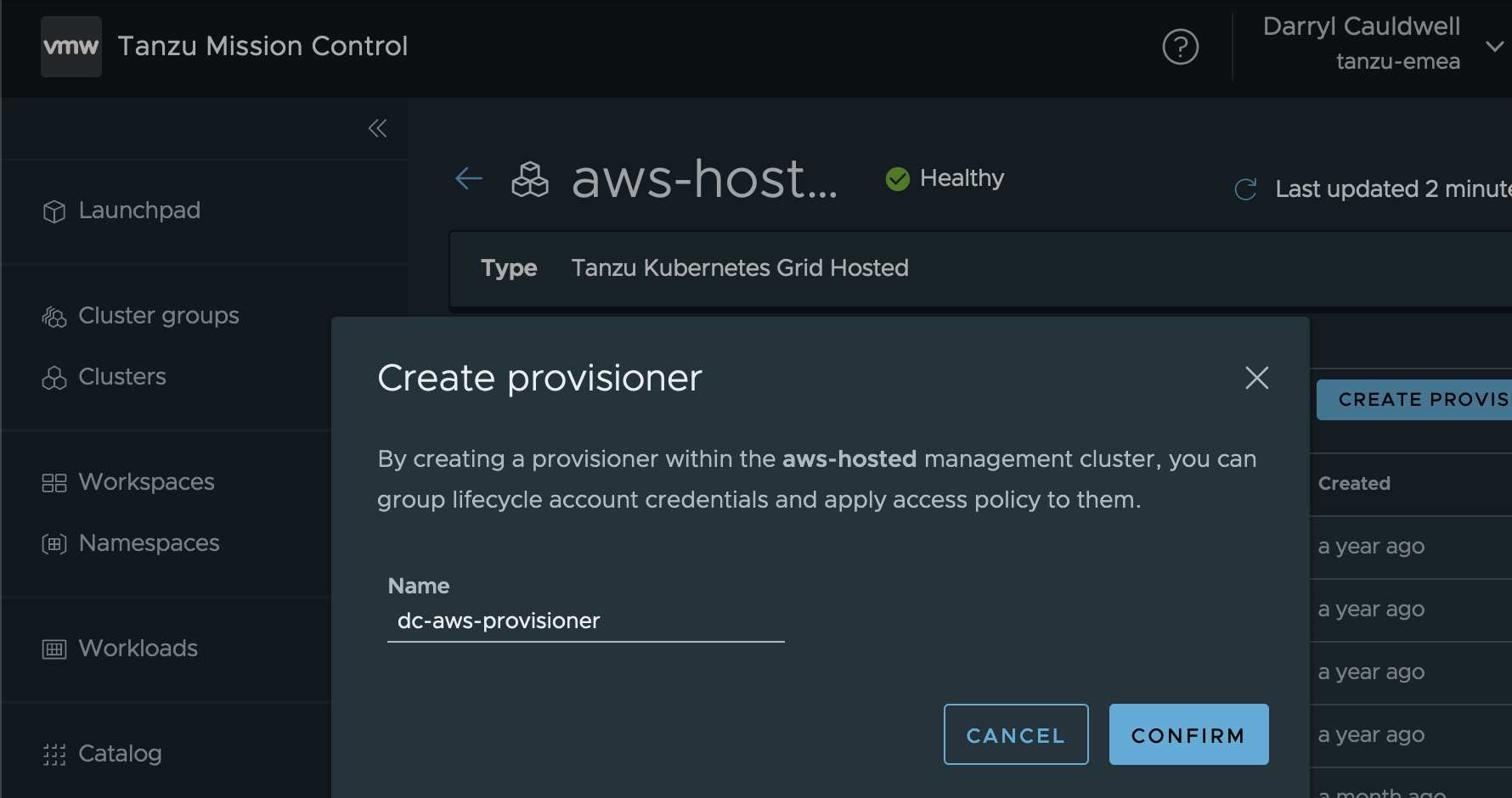 Deploying a TKG cluster to AWS creates and configures EC2 instances in a region of your choosing. In order that TMC can create these requires AWS IAM credentials. The process to create these is initiated from within TMC and first step is associate to provisoner and specify a name. 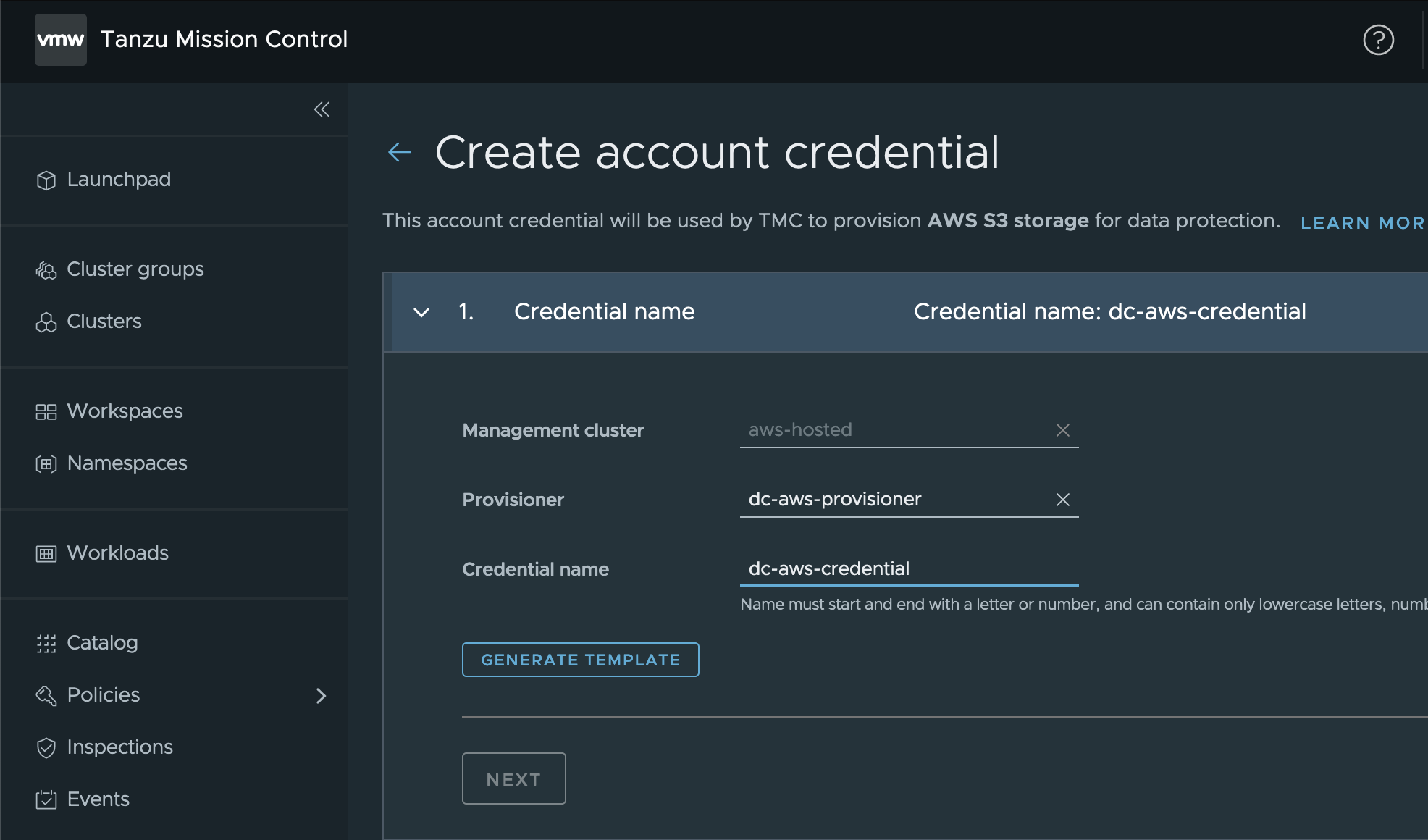 The UI outputs an AWS CloudFormation stack file which can be used to create IAM resources. 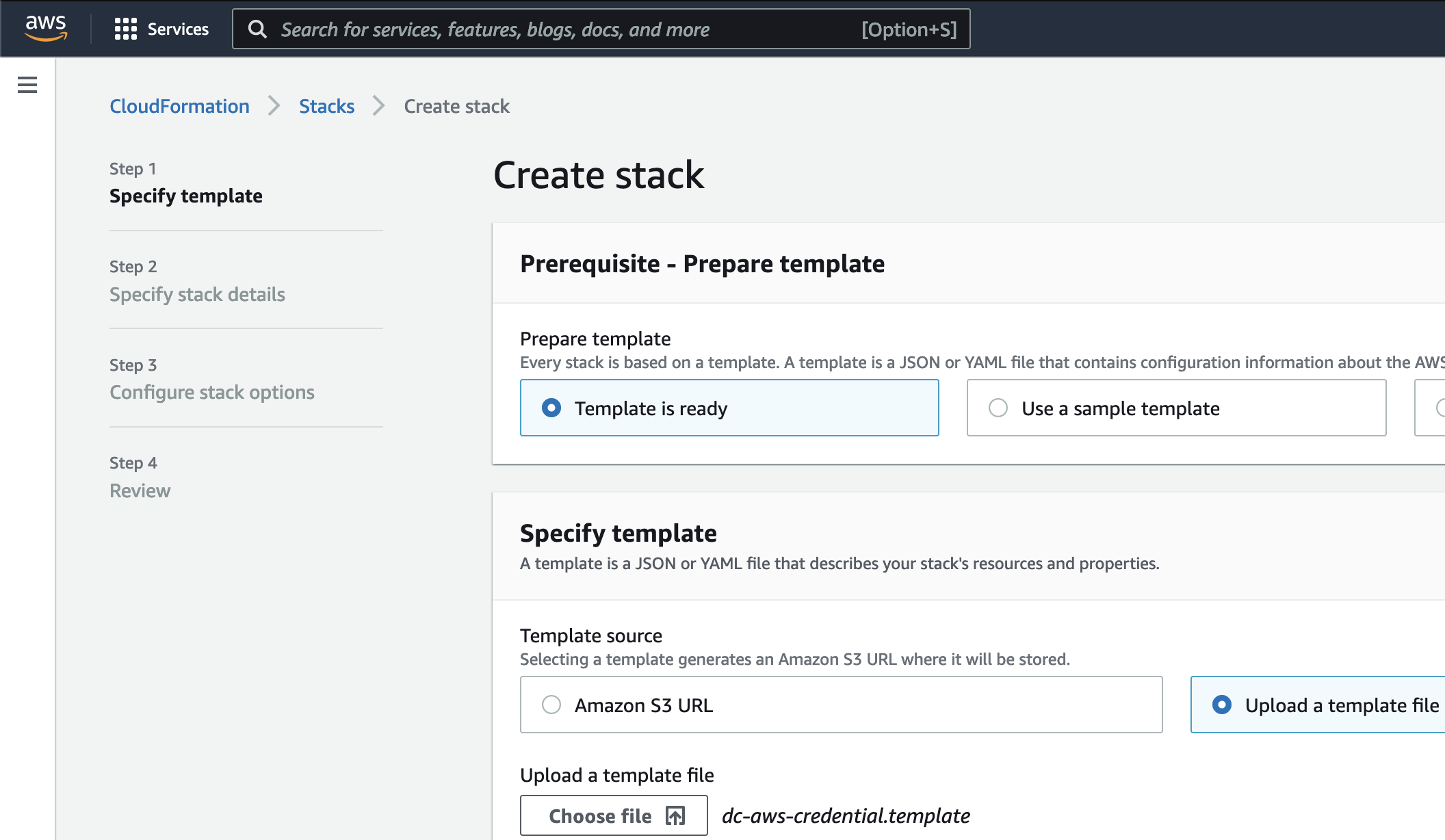 When AWS CloudFormation stack is created the role ARN is output.

This ARN is then input fed back into TMC to complete the association of IAM Role with TMC Credential. 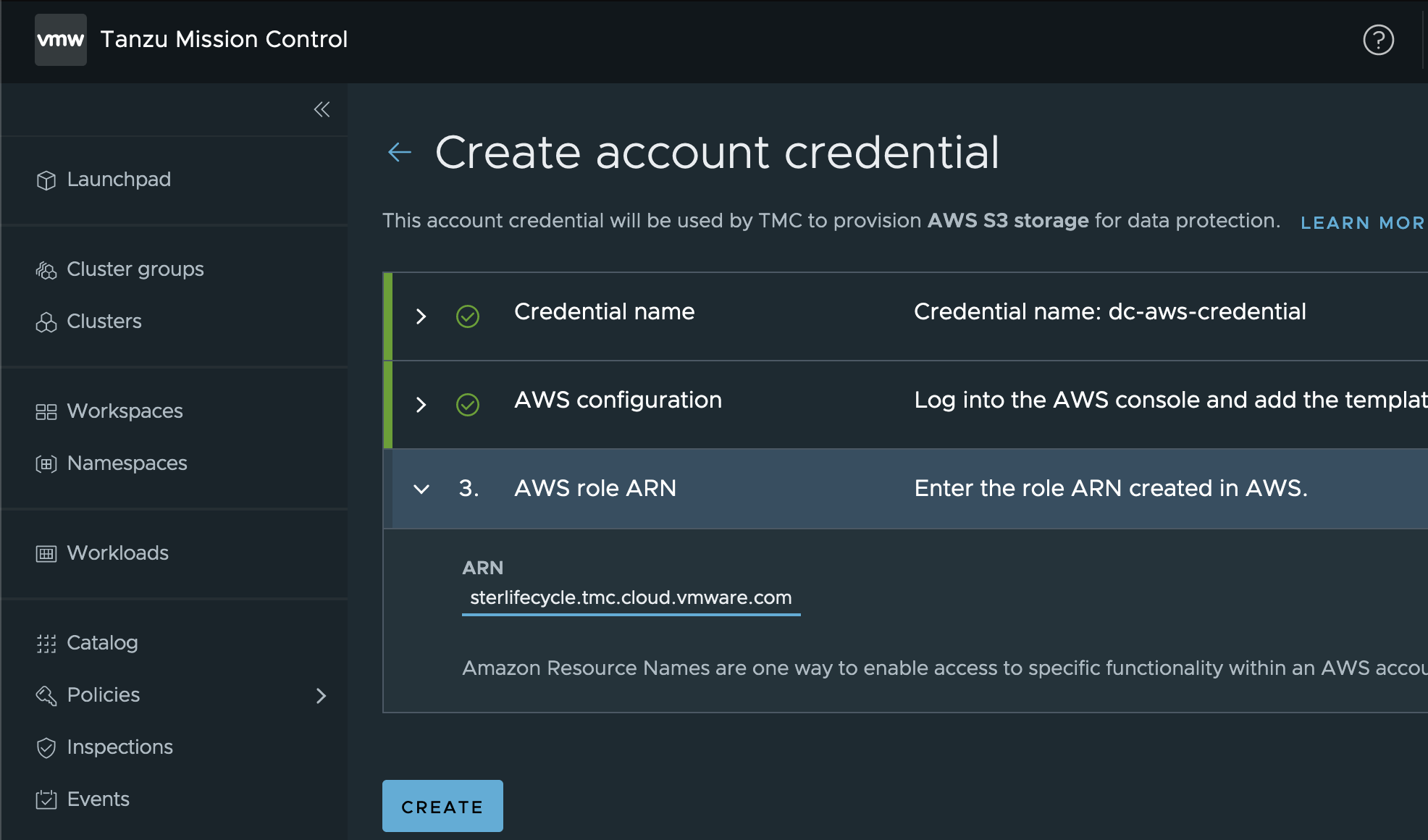 The IAM role will give TMC the ability to create EC2 instances. In addition to this an EC2 SSH key pair is required in each region. I will be looking to deploy cluster to eu-west-1 Ireland. 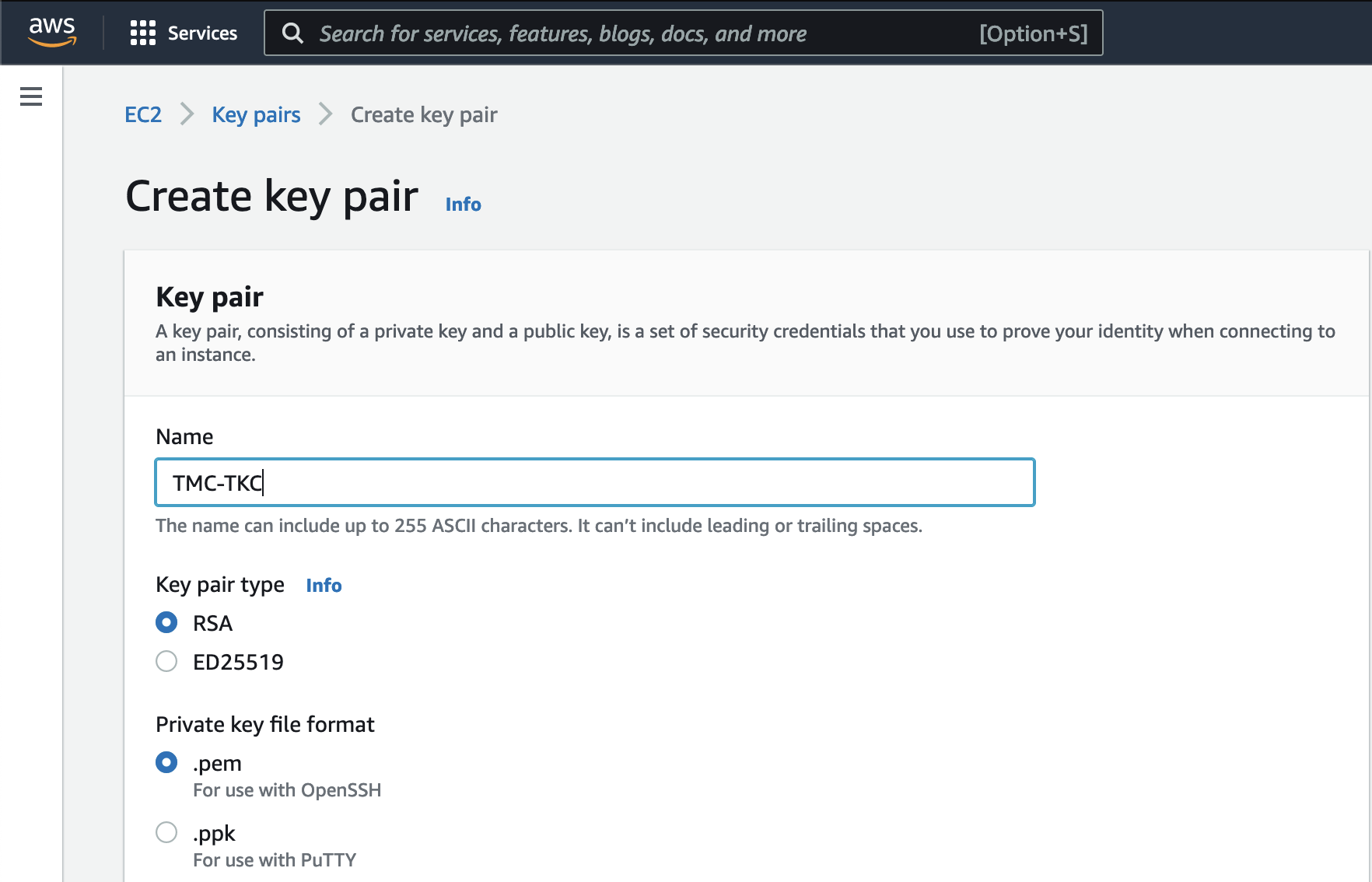 With these in place we can now look to create cluster using the aws-hosted with the provider and credentials we just created. 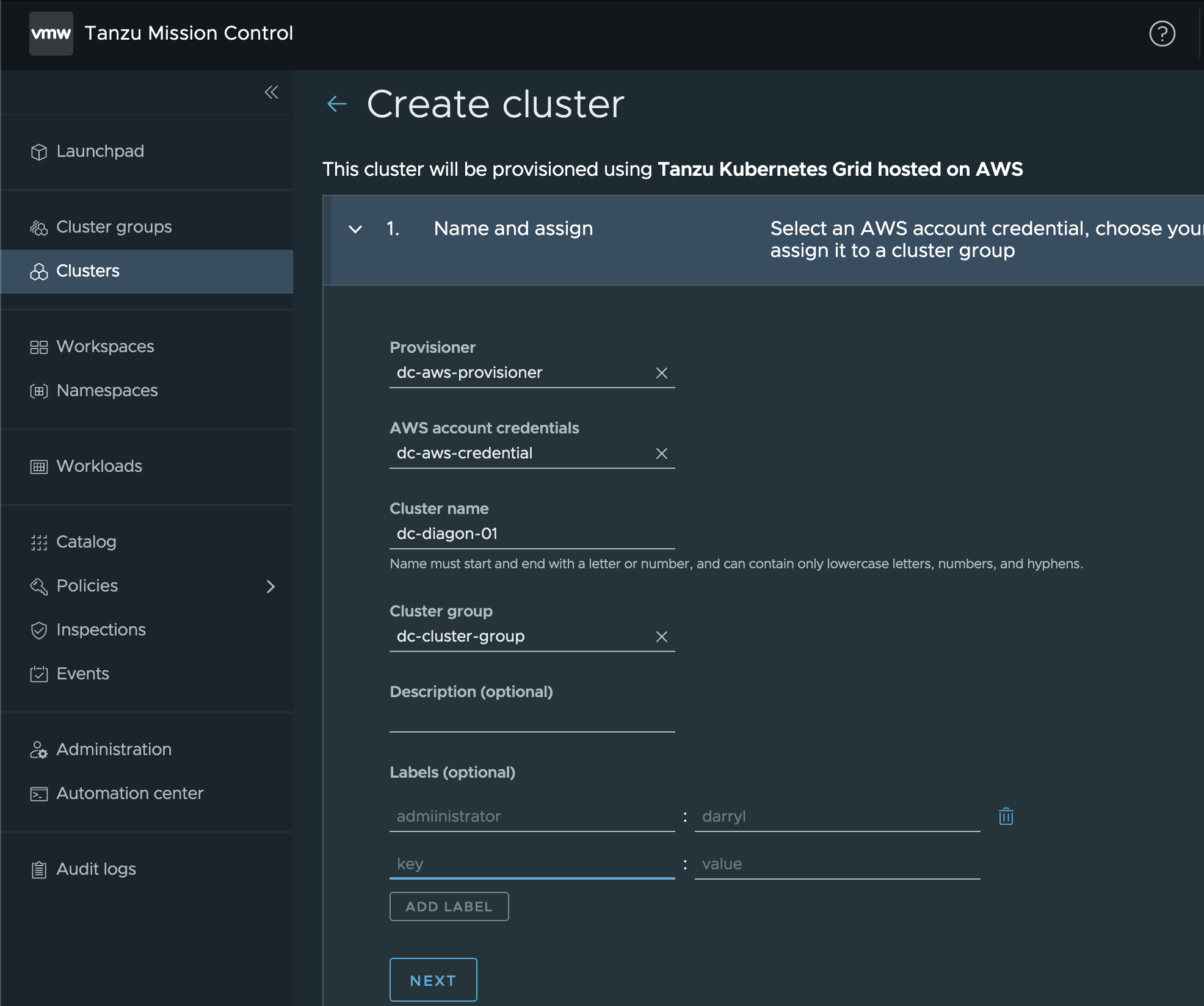 Then specifying the region, SSH key and Kubernetes version to deploy. I do not already have a VPC in place so I’ll look to have TMC create one to house this cluster. On-premises I had started allocating NSX-T subnets from 172.16.0.0/17 so am using the other half for AWS VPC so they do not overlap. 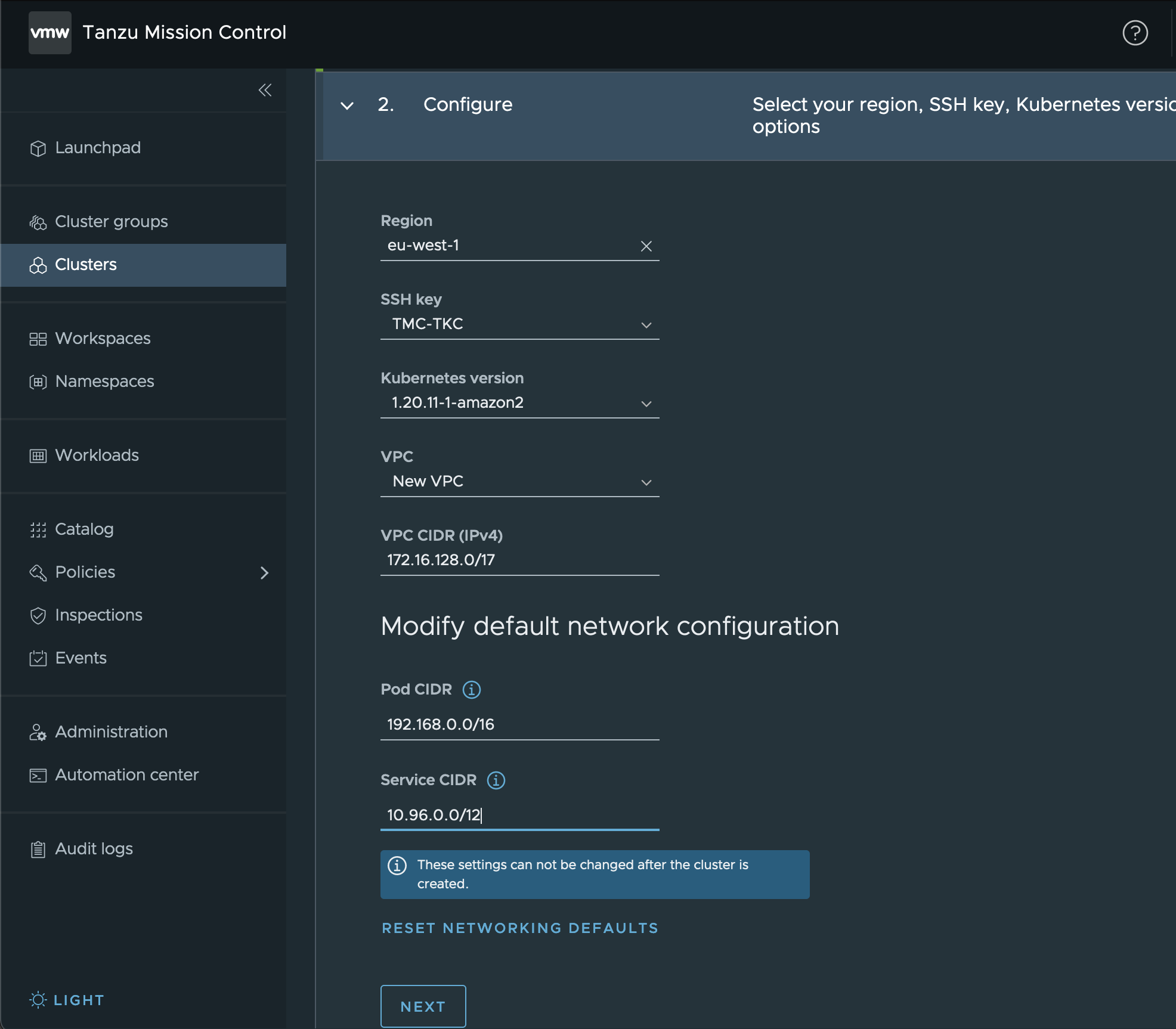 This is just a test so I want to keep costs low so choose single node control plane and single node node pool. 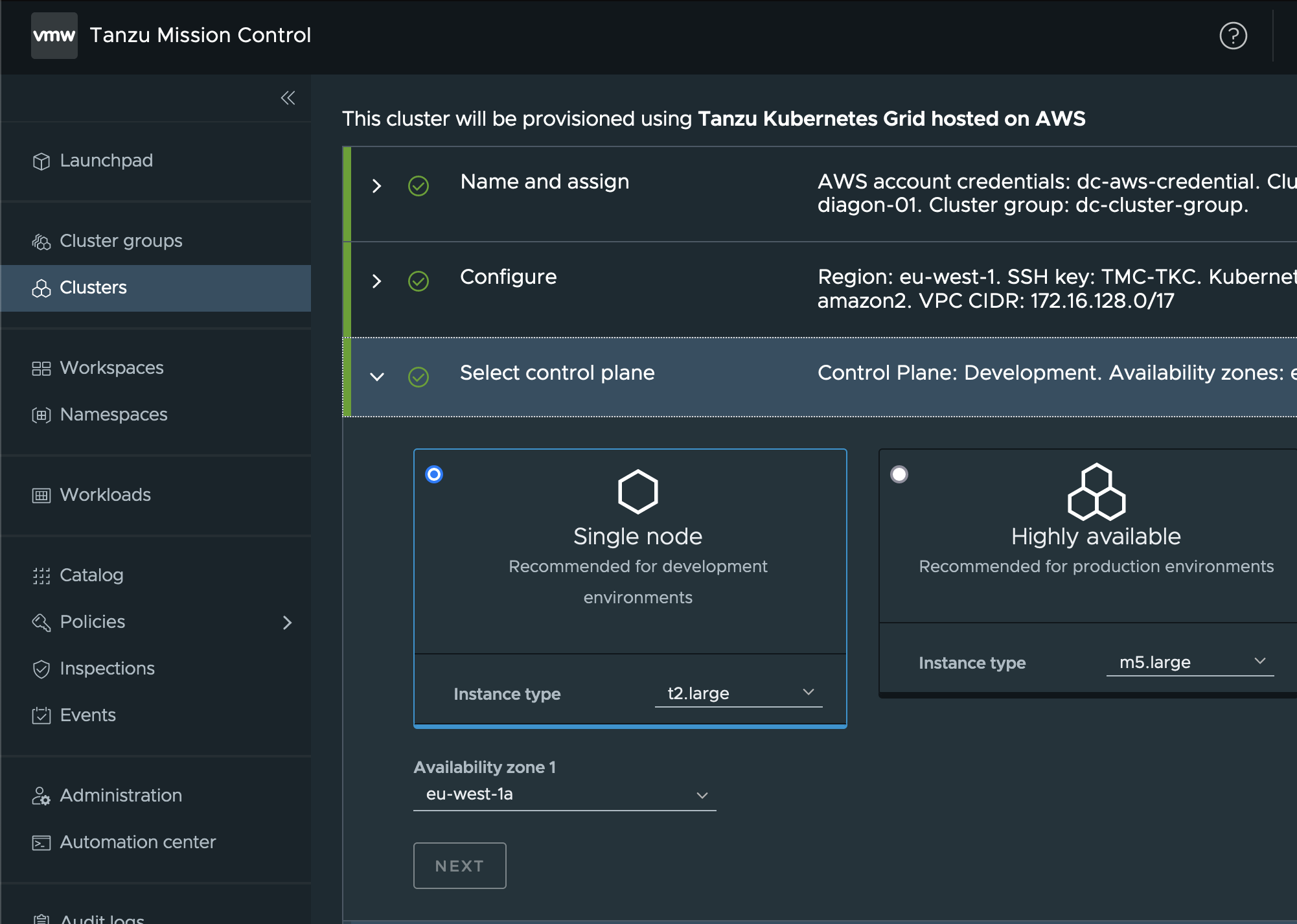 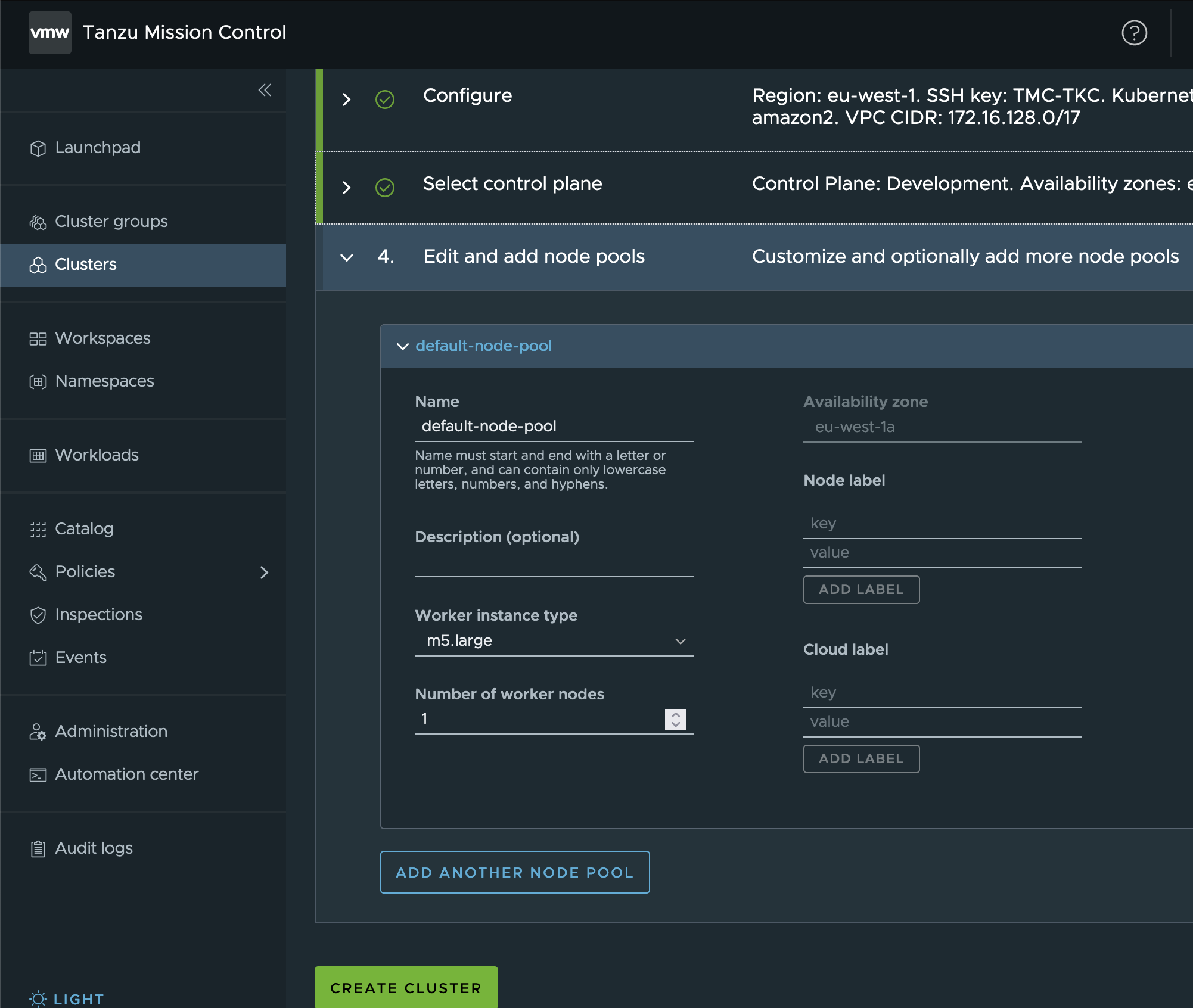 After a short time the cluster is deployed and cluster health is visible in TMC. 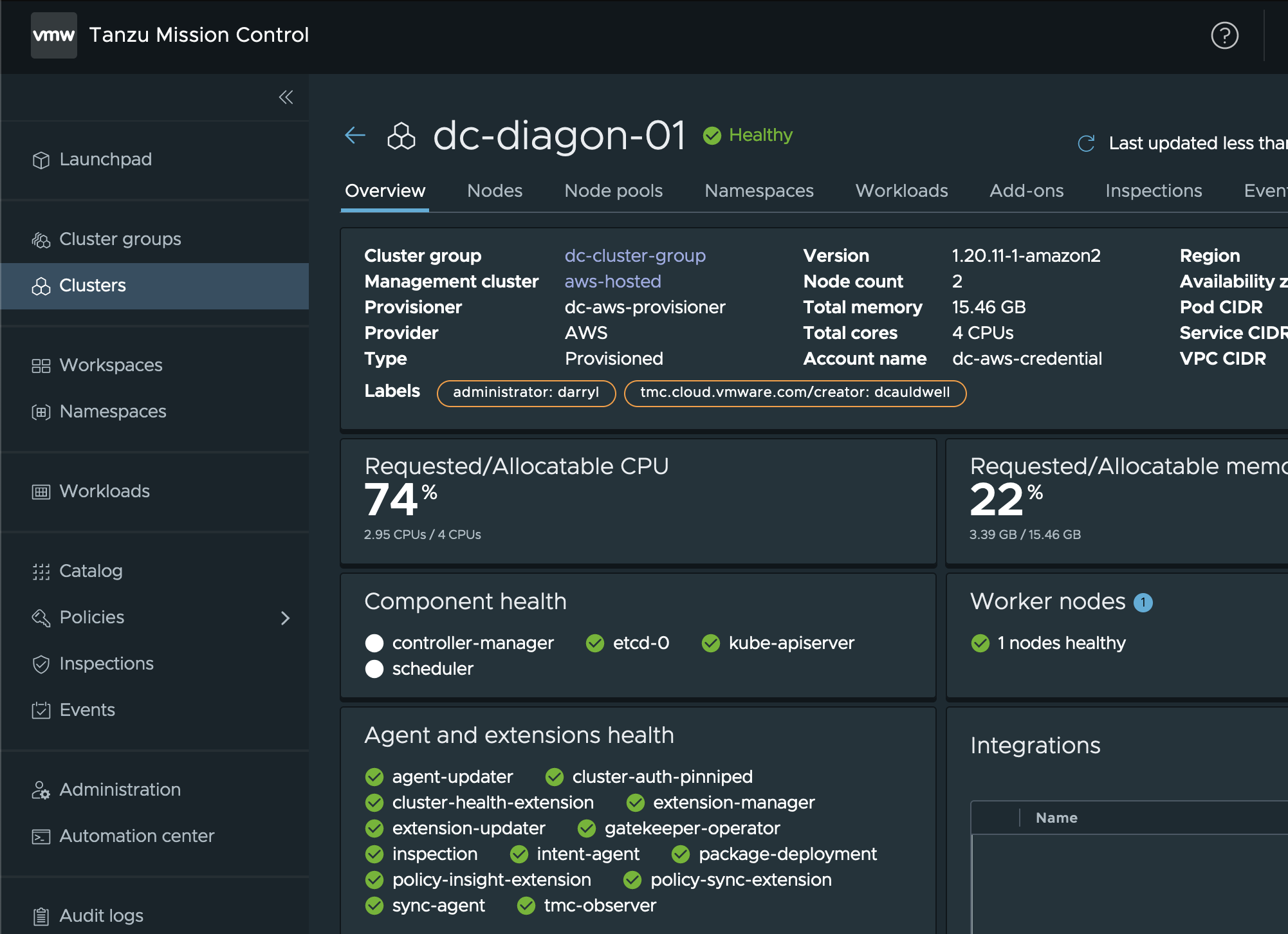 In addition to the two cluster nodes a third EC2 instance is deployed. Note this has external IP address and can be used as bastion host into VPC to connect onwards.