While looking at the various documentation sets I found it difficult to understand the NSX-T and OpenShift integration. A lot was masked by configuration performed by Ansible scripts. Here I try and record my understanding of the technology and then work through getting this running in a capacity constrained lab environment.

NSX-T (NSX Transformers) can provide network virtualization for multi-hypervisor environments, including both vSphere and KVM. It is also designed to address emerging application frameworks and architectures that have heterogeneous endpoints and technology stacks such as OpenStack, Red Hat OpenShift, Pivotal Cloud Foundry, Kubernetes, and Docker. NSX-V (NSX for vSphere) Manager integrates into vCenter and leverages a vSphere dvSwitch to form an overlay. NSX-T Manager can be used with vSphere it does not integrate with vCenter or dvSwitch, instead NSX is managed via its API, and its overlay is formed by each member having Open vSwitch (OVS) installed.

OpenShift helps you to develop, deploy, and manage container-based applications. It provides you with a self-service platform to create, modify, and deploy applications on demand, thus enabling faster development and release life cycles. OpenShift is built around a core of application containers powered by Docker, with orchestration and management provided by Kubernetes.

Libnetwork is the canonical implementation Container Network Model (CNM) which formalizes the steps required to provide networking for containers while providing an abstraction that can be used to support multiple network drivers. Libnetwork provides an interface between the Docker daemon and network drivers. Container Network Model (CNM) is designed to support the Docker runtime engine only. 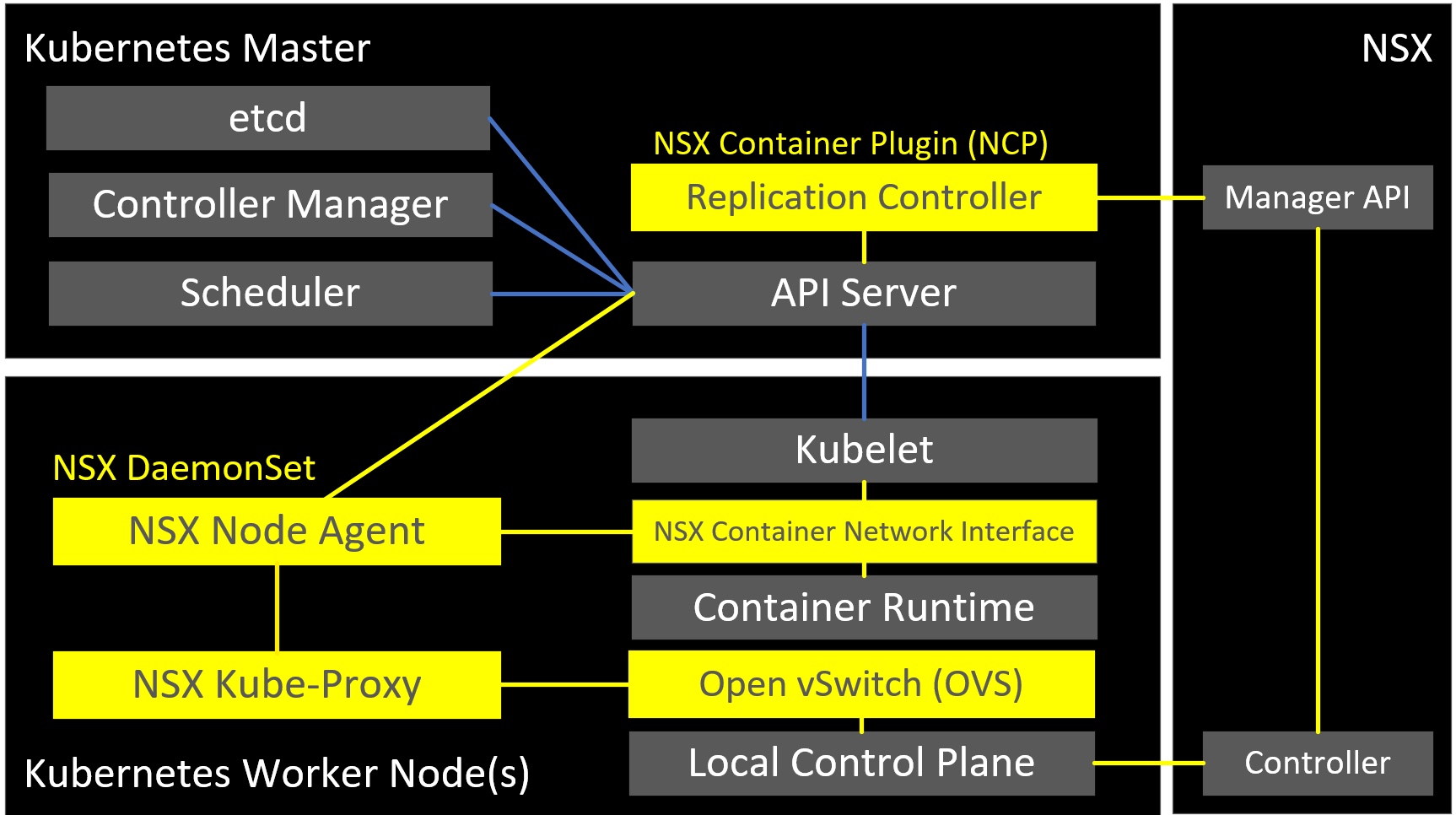 For the rest of this blog post I am aiming to create a NSX OpenShift integration. I aiming for two namespaces, each with a logical router and three subnets. The namespaces will use private address ranges and the tier-0 router will provide SNAT connectivity to the routed network. 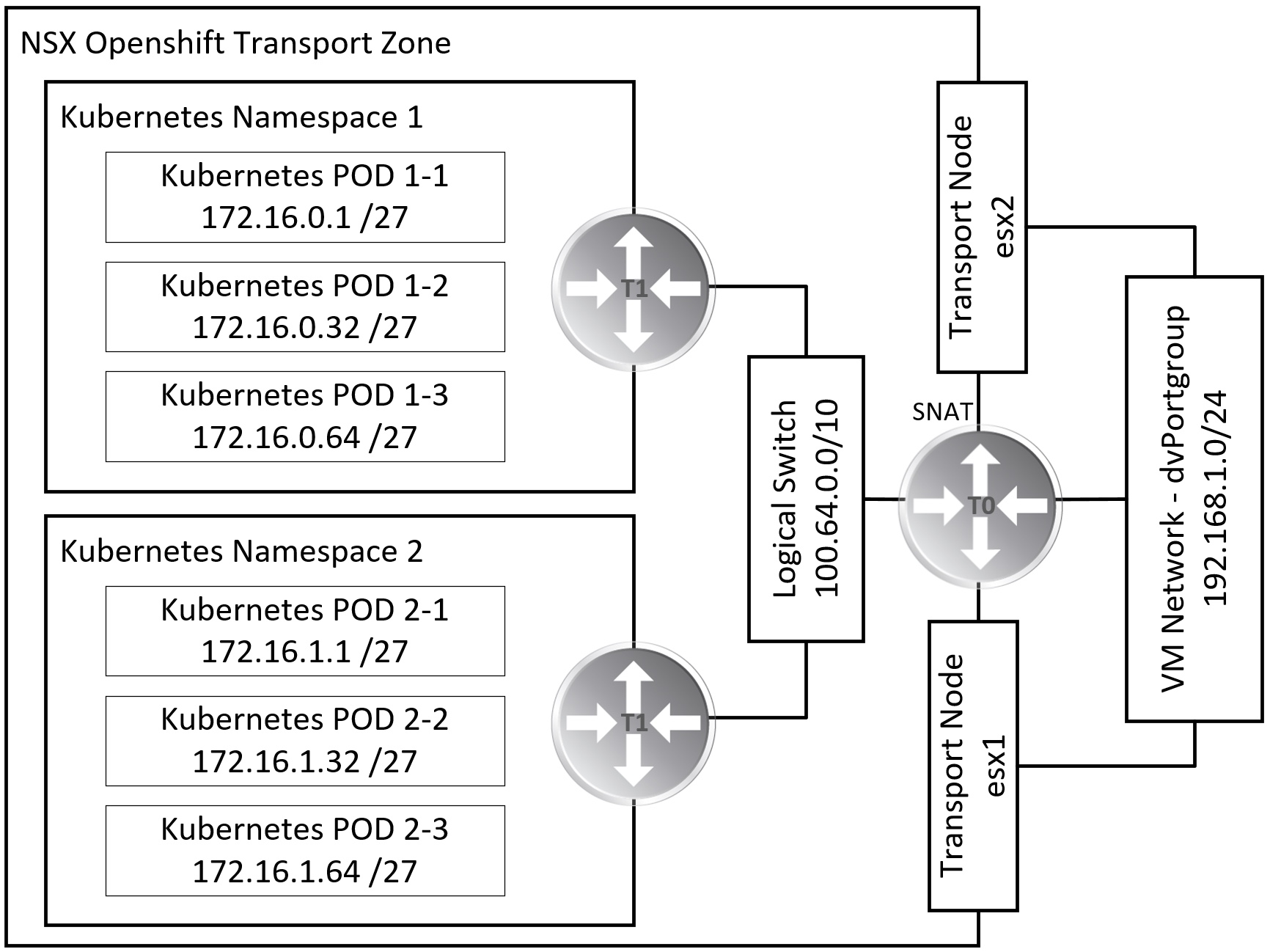 The following resources are required

Deploy a small NSX unifed appliance specifying the nsx-manager role. Once deployed link this to vCenter, to do this add vCenter in ‘Fabric / Compute Manager’. 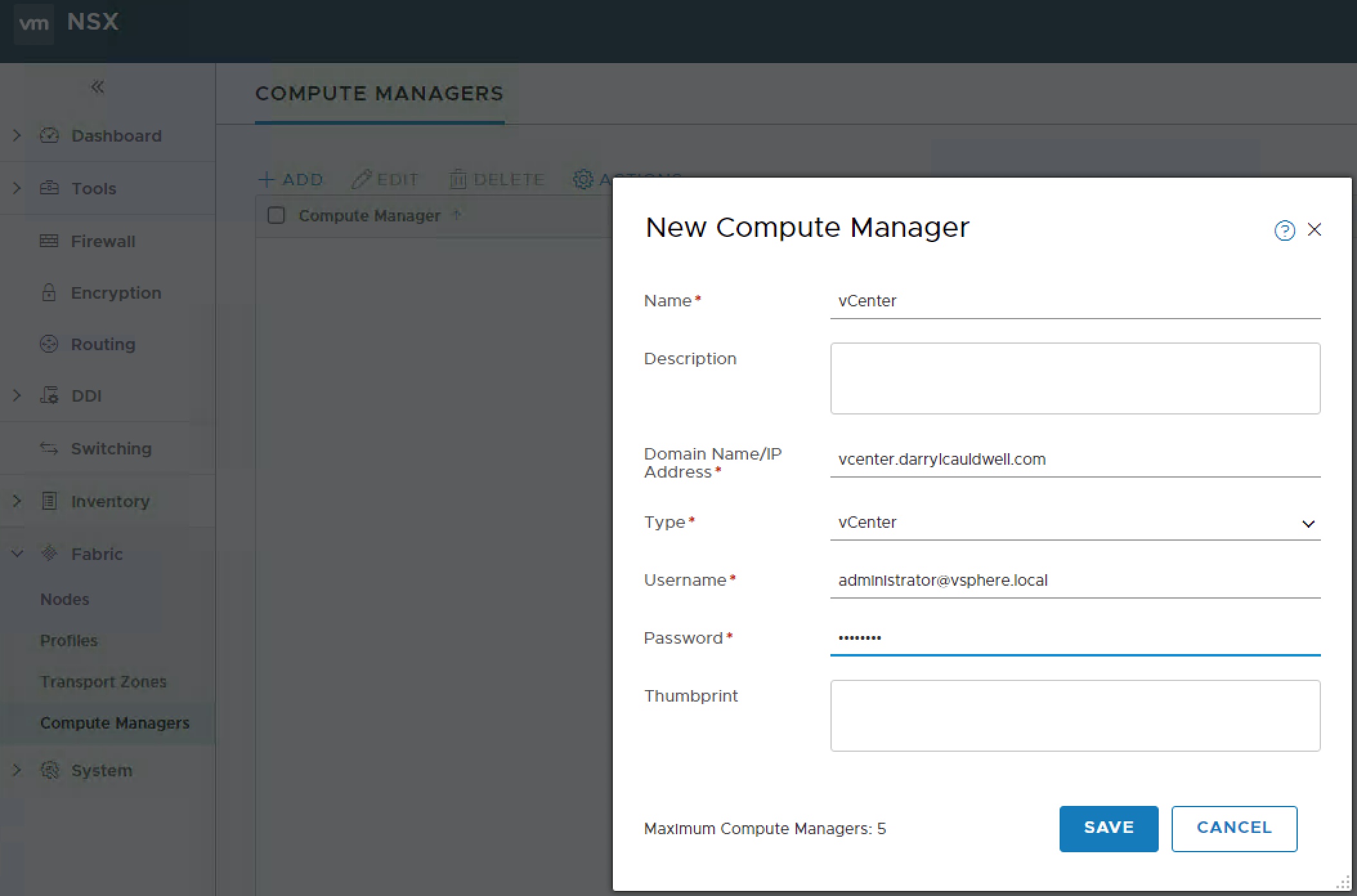 We create an IP pool one for the Transort Nodes to communicate for my scenario the three ESXi hosts and an edge will all participate so I create an IP Pool with four addresses. Navigate to Inventory > Groups > IP Pools and click add.

In order to create an overlay network we need an NSX Controller to manage the hosts. NSX Controllers serve as the central control point got all hosts, logical switches, and logical routers.

Once the controller appliance is deployed we need to facilitate communications between it and nsx manager. To do this open an SSH session with admin user to NSX Manager and run 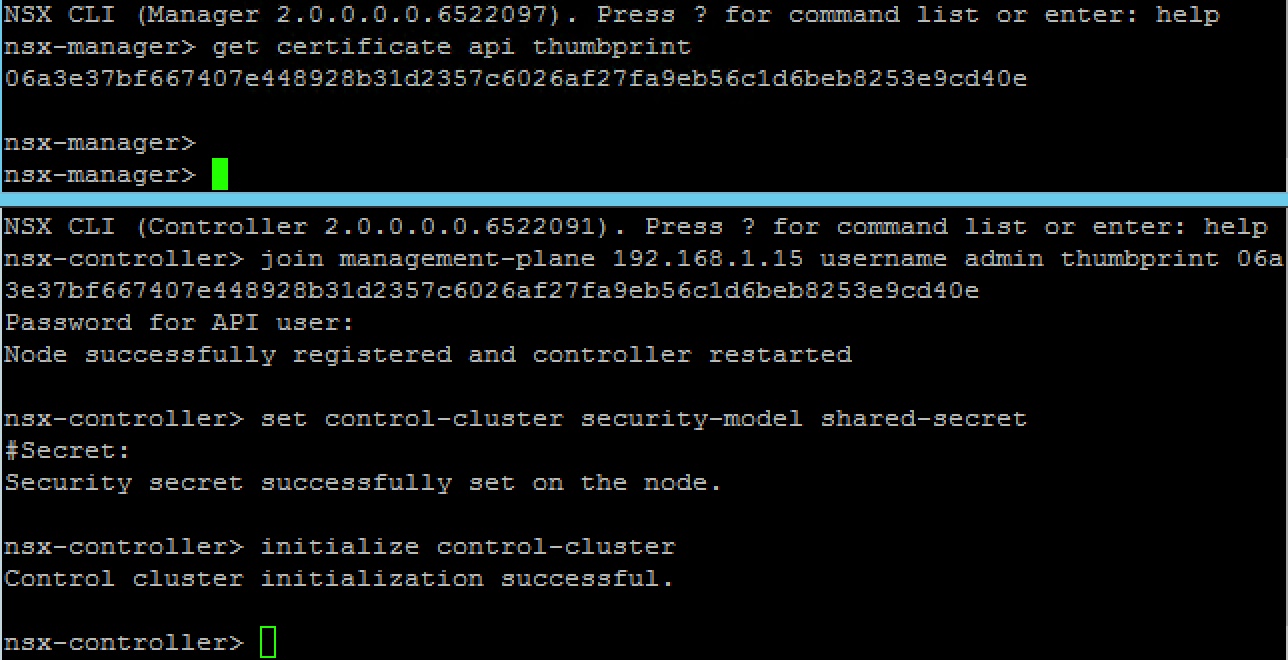 This should then be viewable in NSX Manager 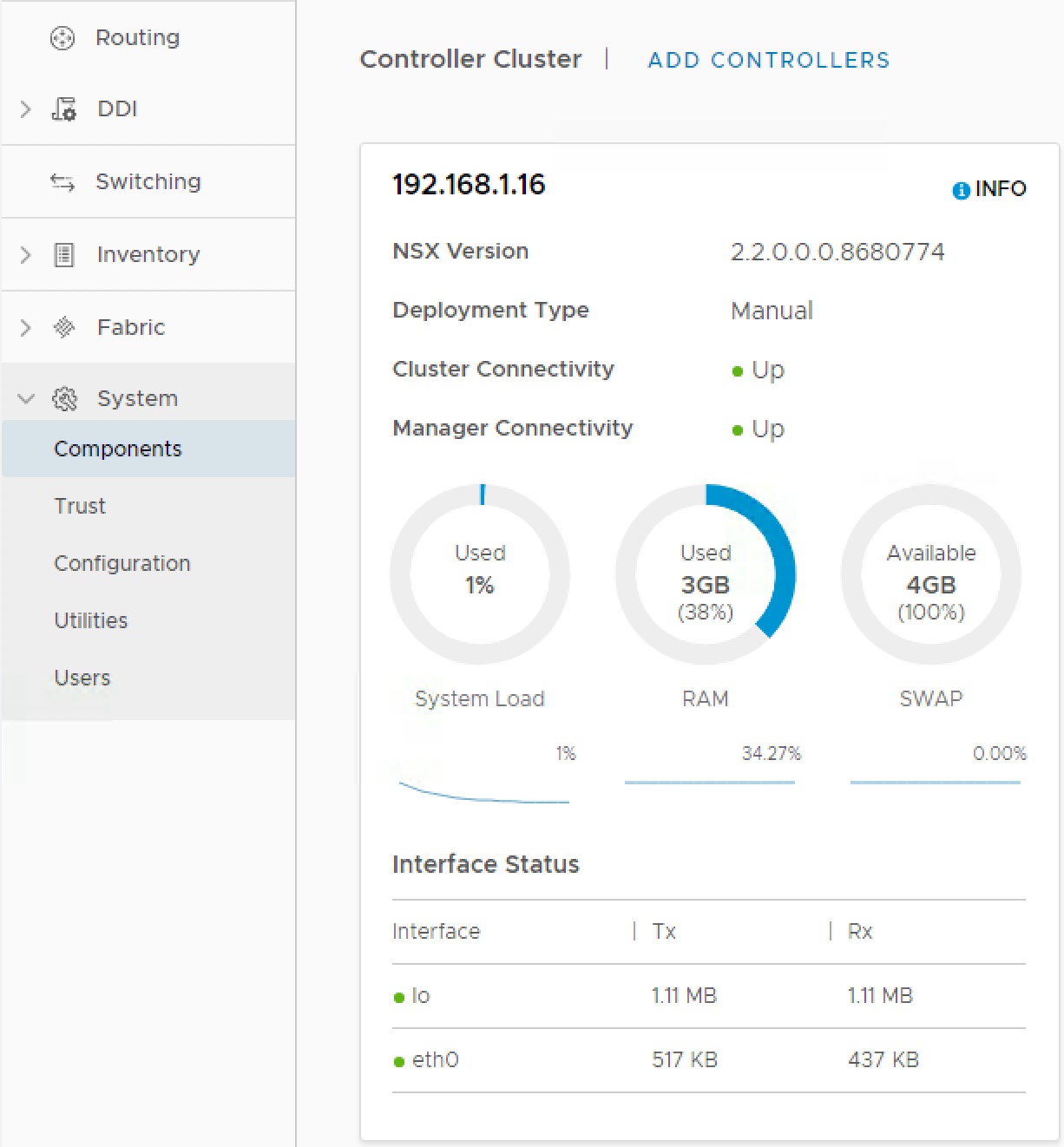 All the virtual network objects will need to communicate across an overlay network. To faciliate this the three esxi hosts and edges need to be part of an Overlay Transport Zone. 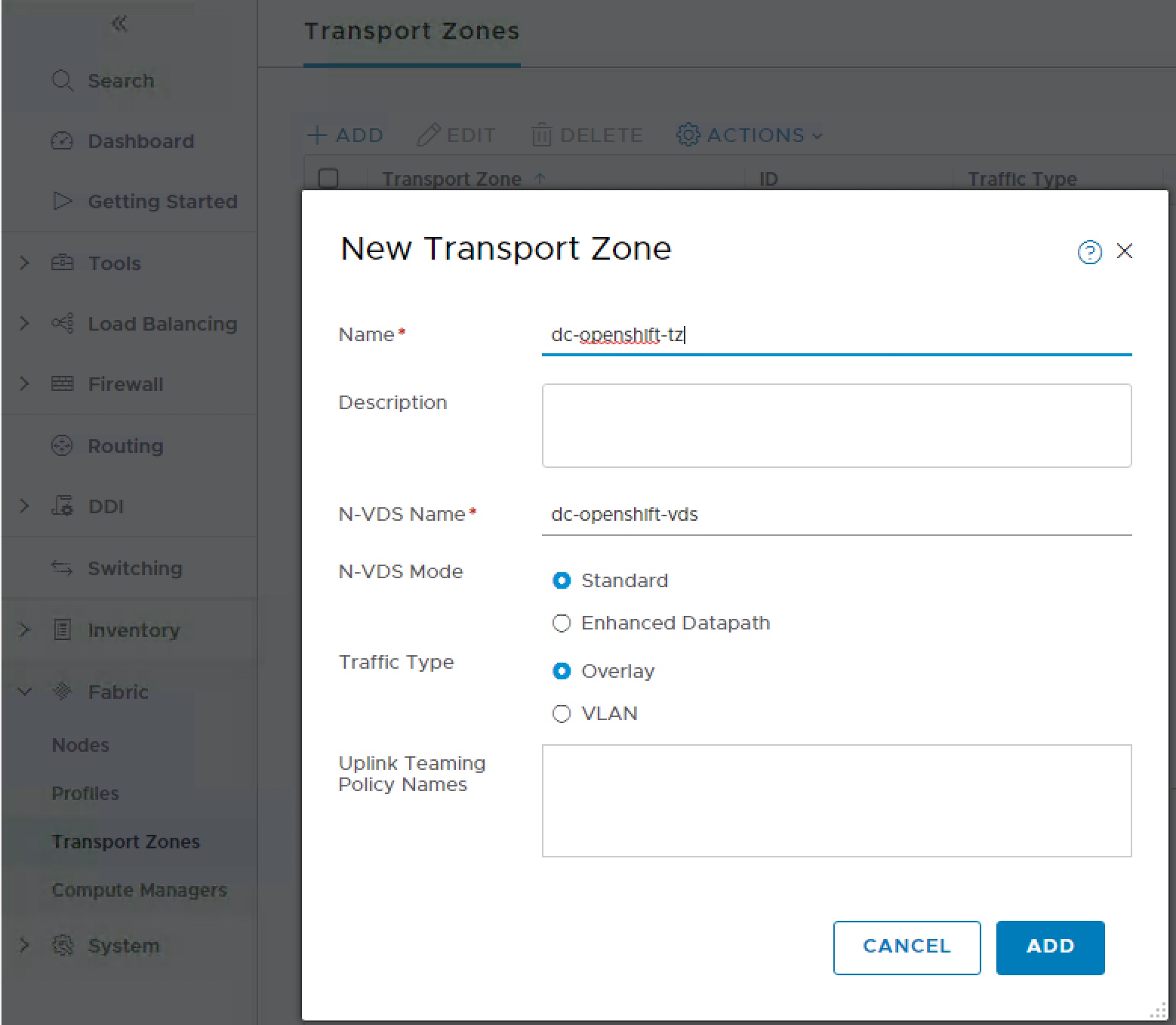 Once we have a Transport Zone we can add our NSX fabric nodes as transport nodes. Navigate menu to Select Fabric > Transport Nodes and click Add. A wizard will open on the general tab select first Node (host), give appropriate name for that host and select the openshift transport zone. 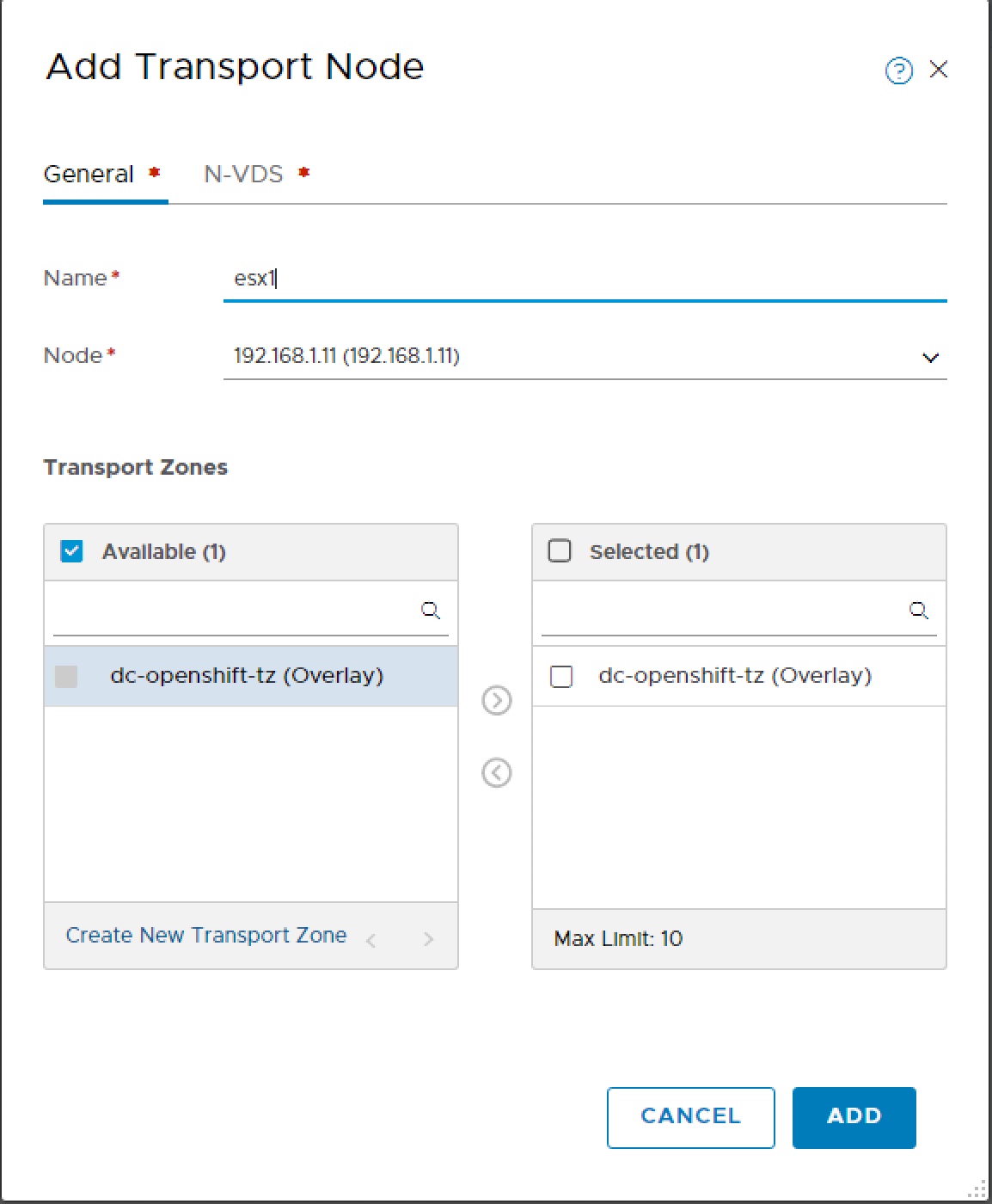 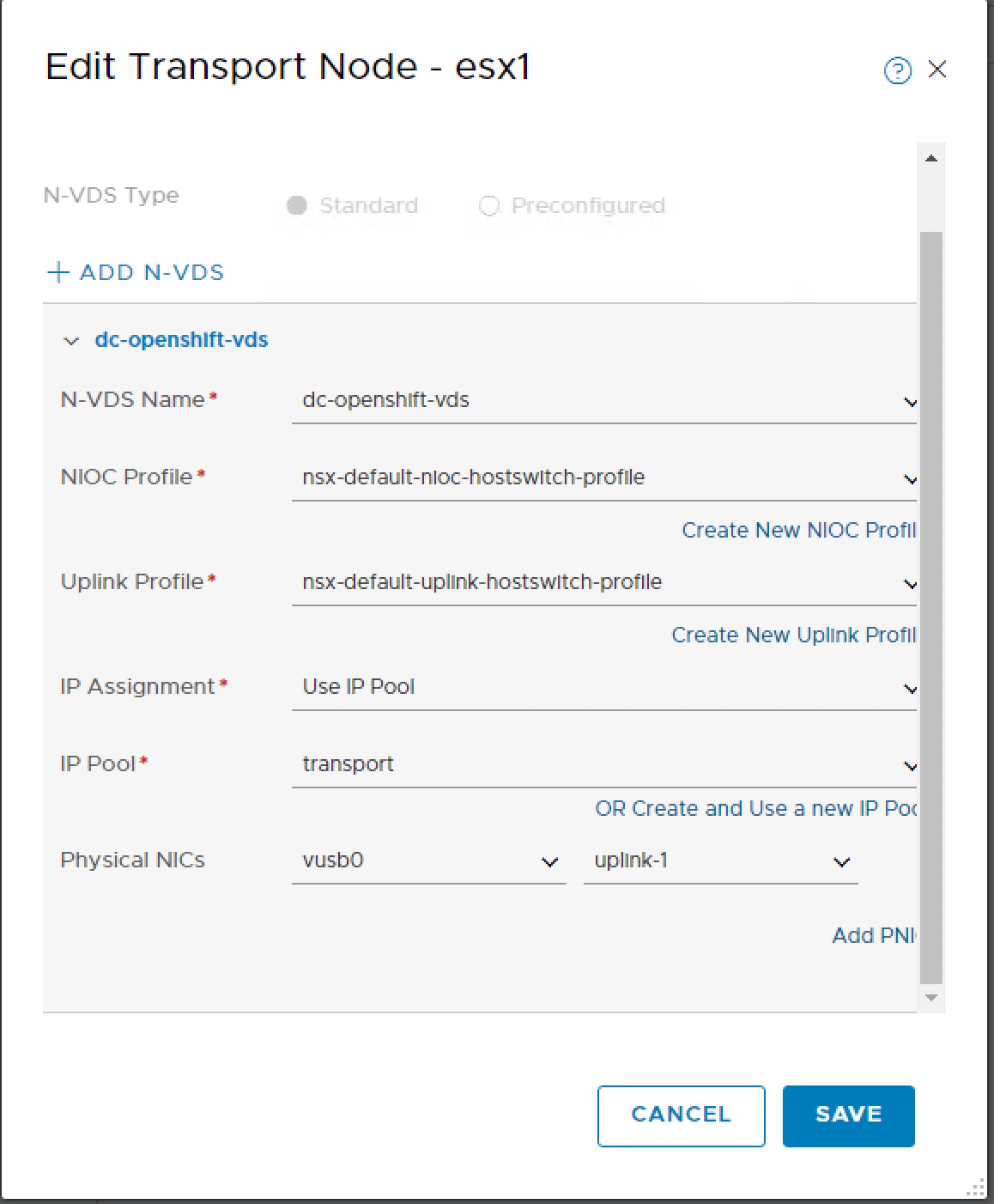 In order that the NSX Container Plugin can find the correct NSX objects all of the NSX objects created require a tag applying. For this lab build I am using tag dc-openshift. Navigate within NSX Manager to Fabric > Transport Zones, select overlay network then Actions > Manage Tags and apply tag.

As well as connecting to the overlay network the Edges running Tier-0 routing functions also needs to be able to connect to the physical network. This connectivity is achieved by using a Transport Zone of type VLAN. 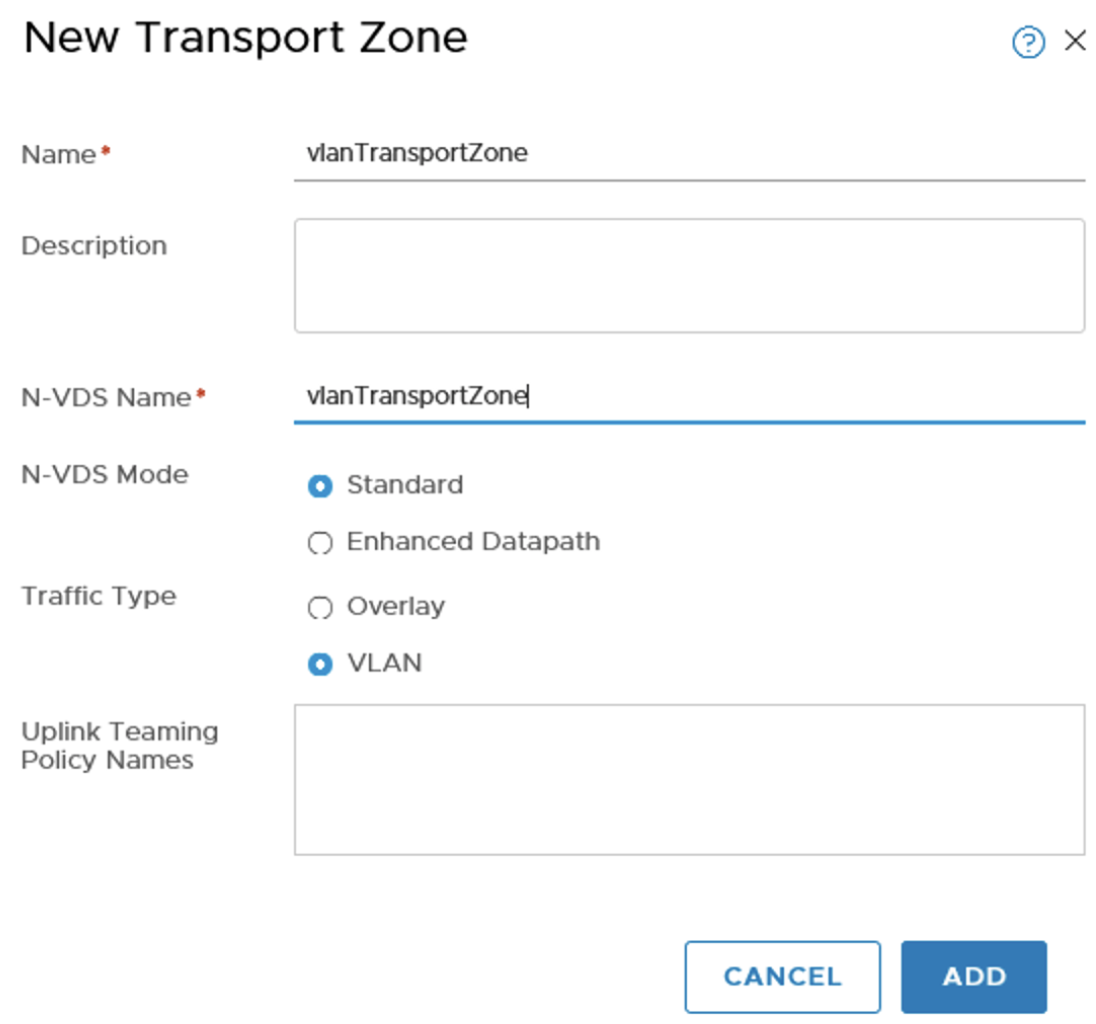 We need some way for the logical container overlay network to communicate with the physical network. AN NSX Edge can host services which provide this connectivity.

The NSX Edge has 4 network adapters, the first is used by the management network, the other 3 interfaces (fp-eth0, fp-eth1 and fp-eth2) can then be used for connecting to overlay networks or for routing. Within my lab I have a single flat physical network so all NSX Edge interfaces connect to the same Port Group. 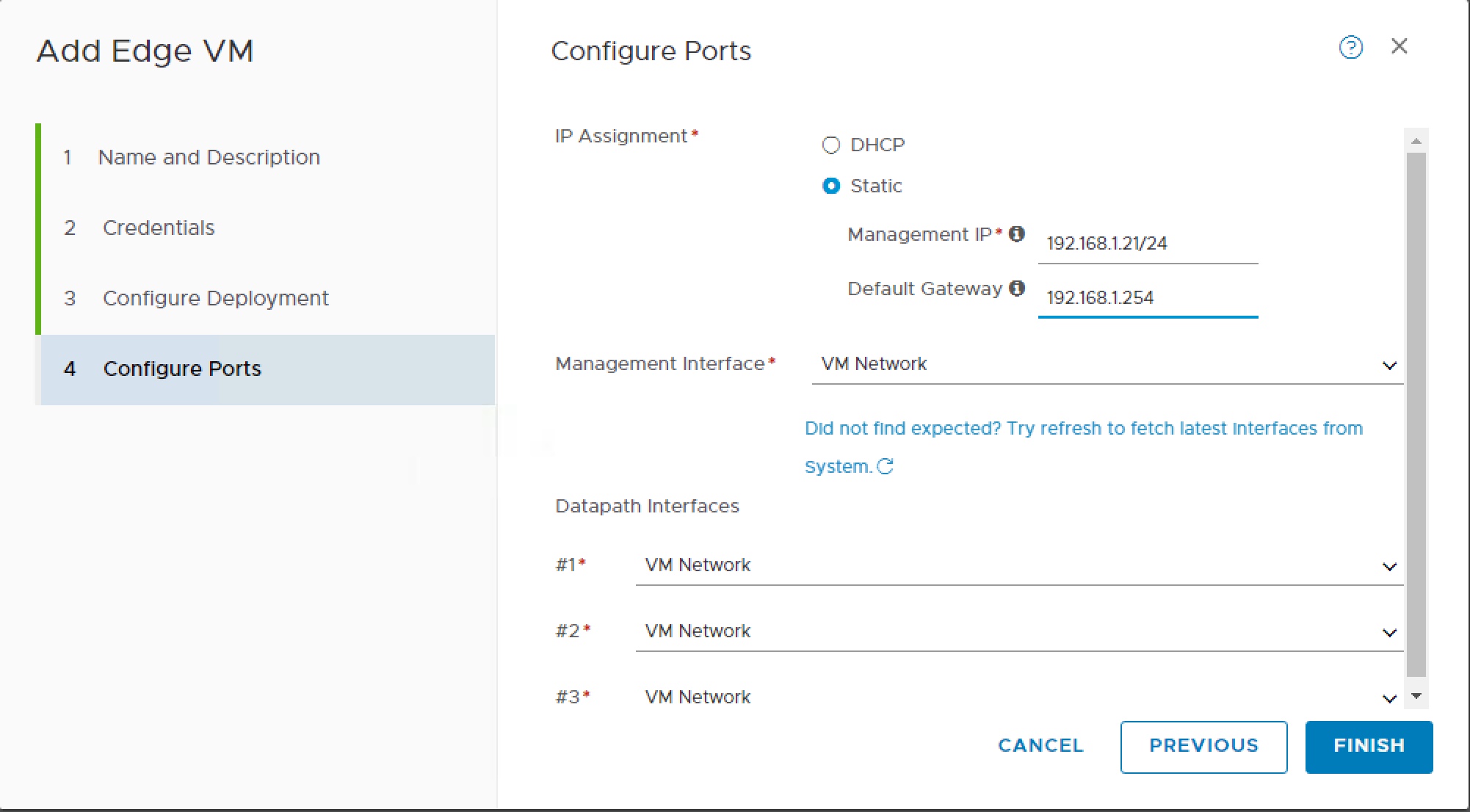 The NSX Edge needs to participate in the Overlay Transport Zone so we need to first configure this as Transport Node. This is very similar process to how we setup ESXi hosts as Transport Nodes except on N-VDS tab we add to both overlay and vlan transport zones, we use the edge-vm Uplink profile and for Virtual NIC select appropriate NIC as per table above. 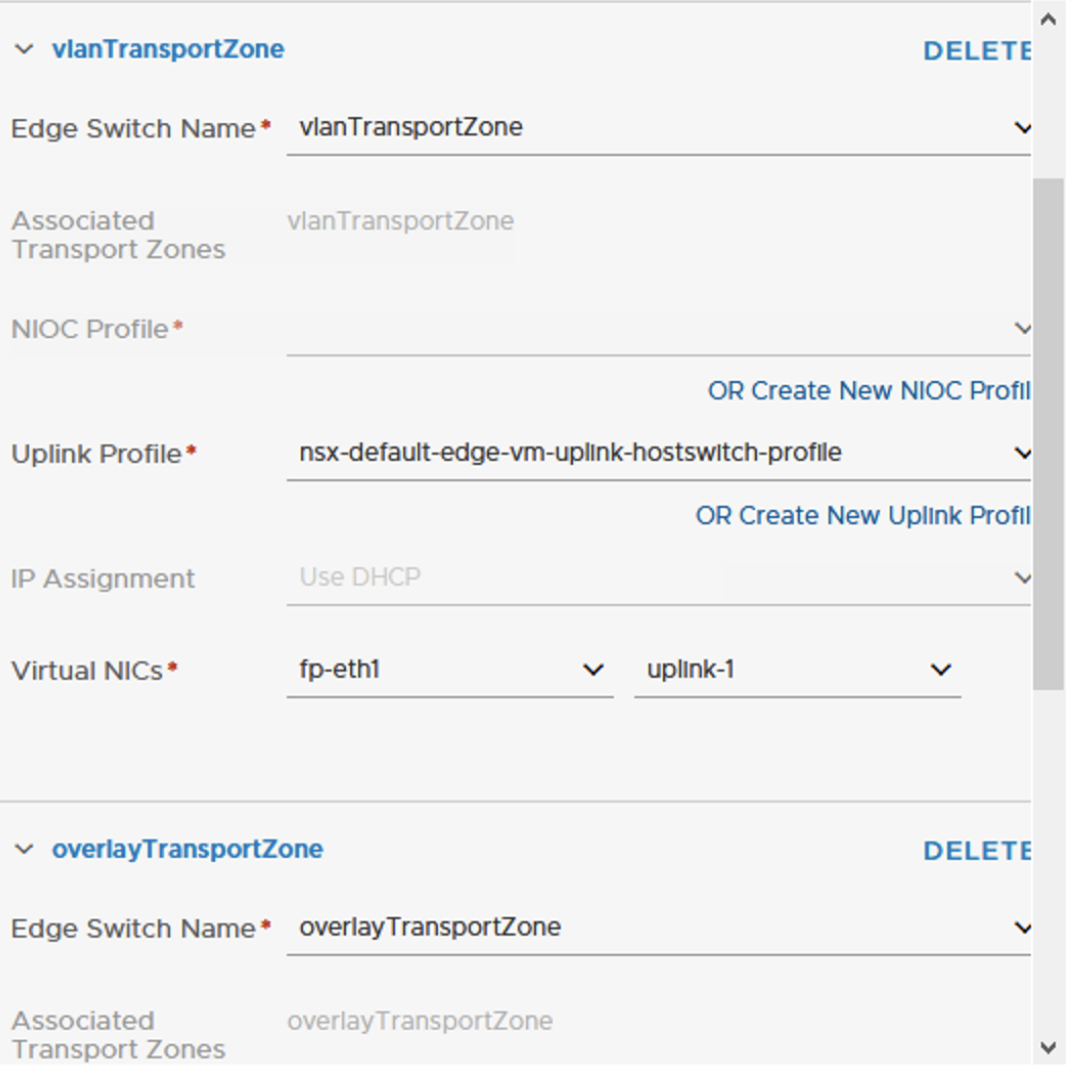 In order we can deploy Tier-0 router the Edge needs to be a member of an Edge Cluster. 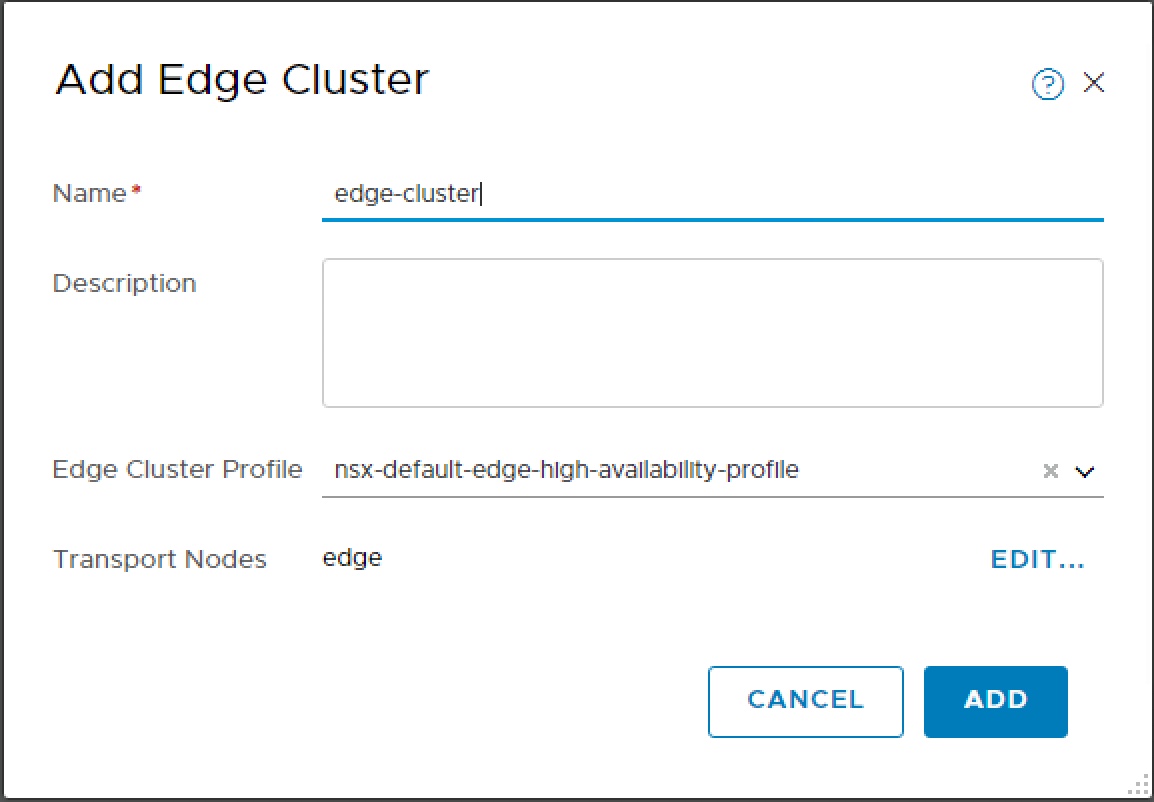 Once the Edge Cluster is created we can create the tier-0 router. 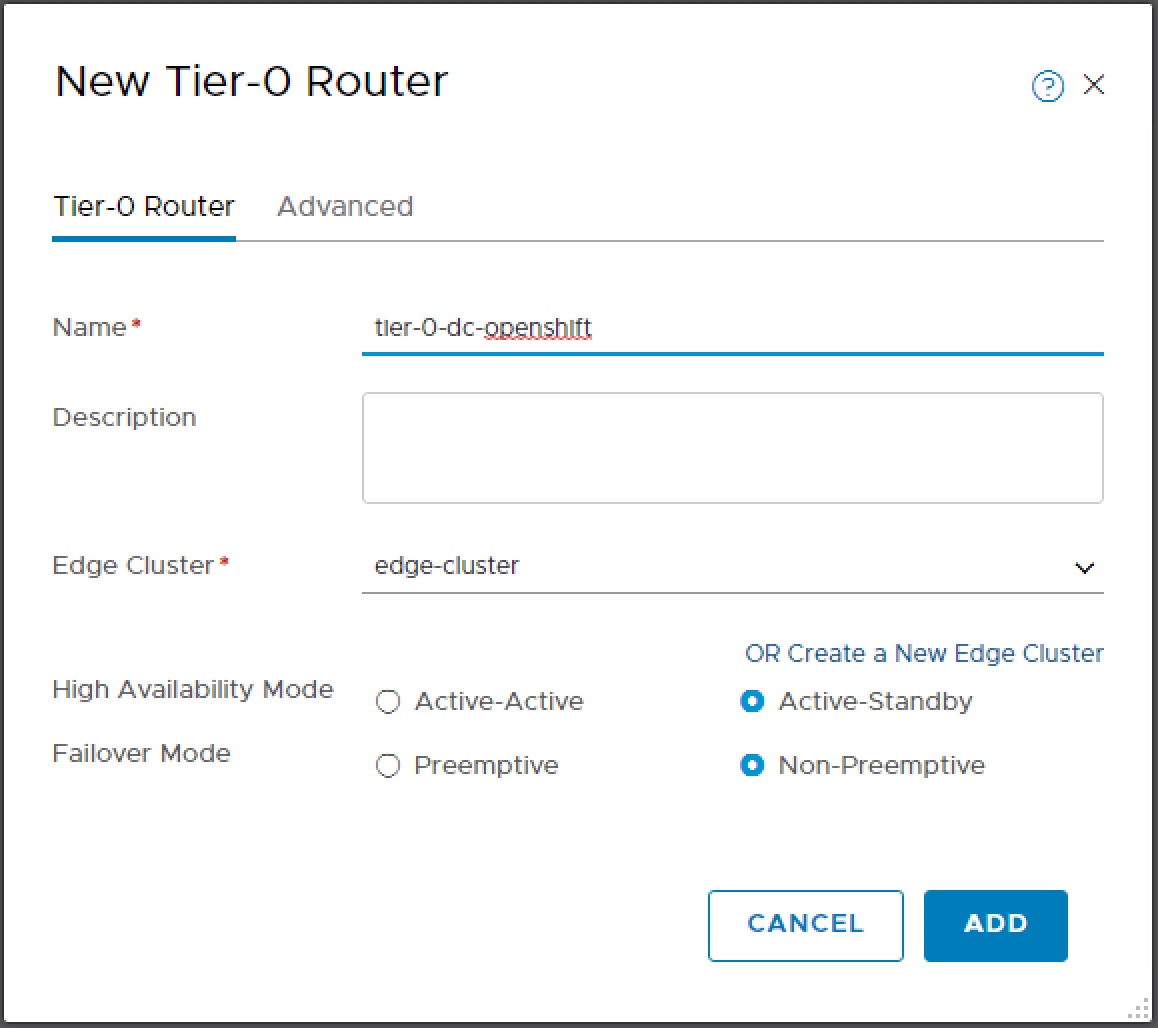 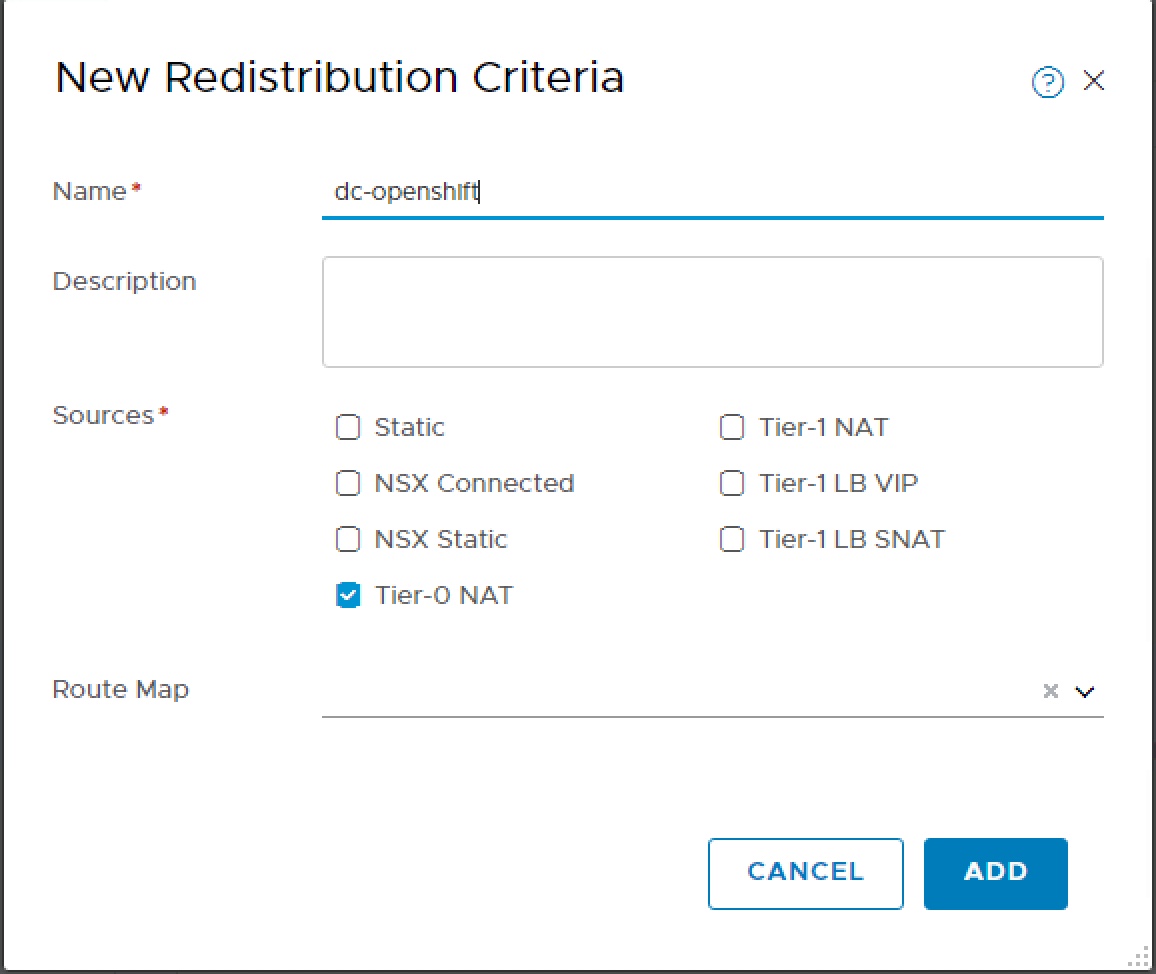 The next step requires an NSX Logical Switch so we create that. 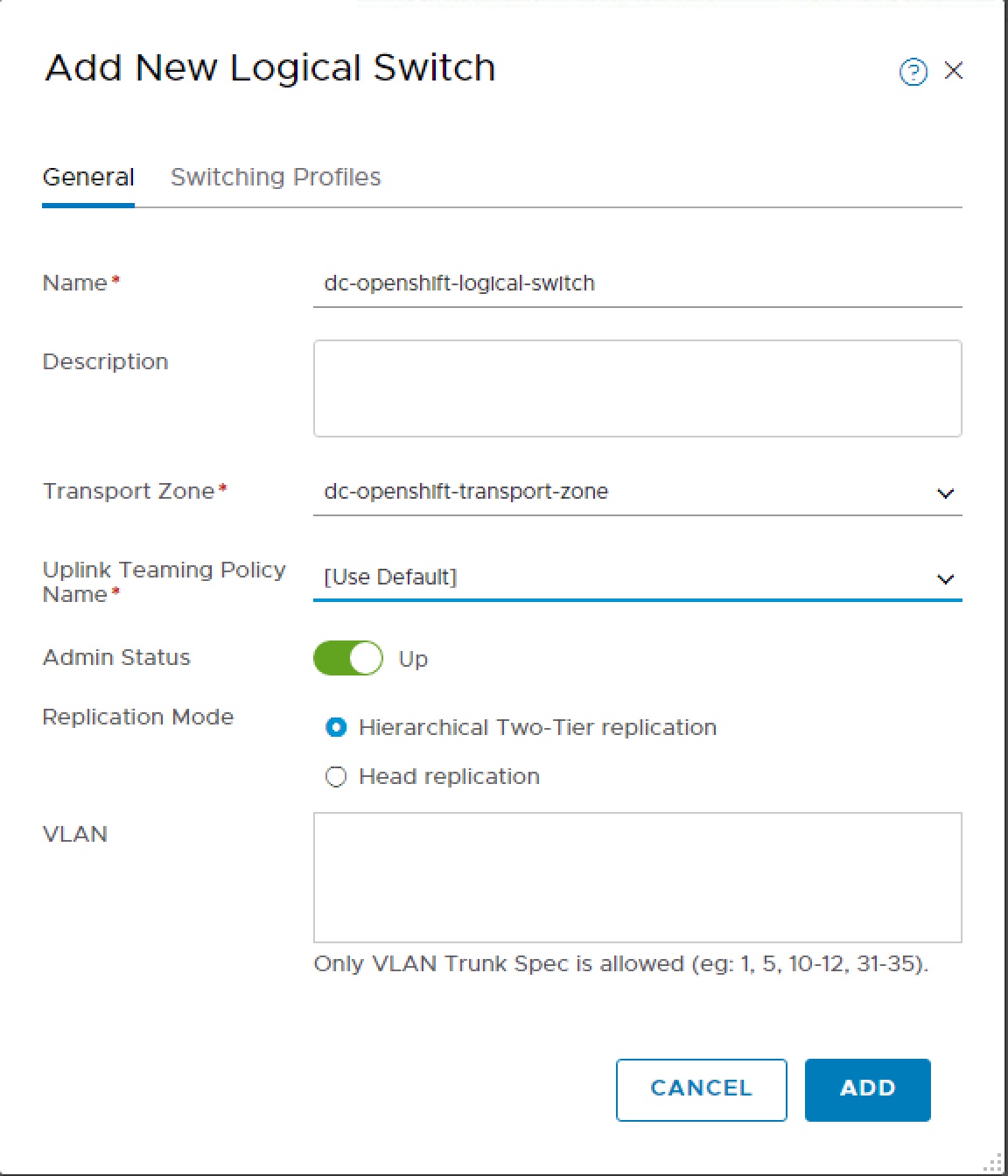 We can now configure the Router Port, selecting the Transport Node and Logical Switch. 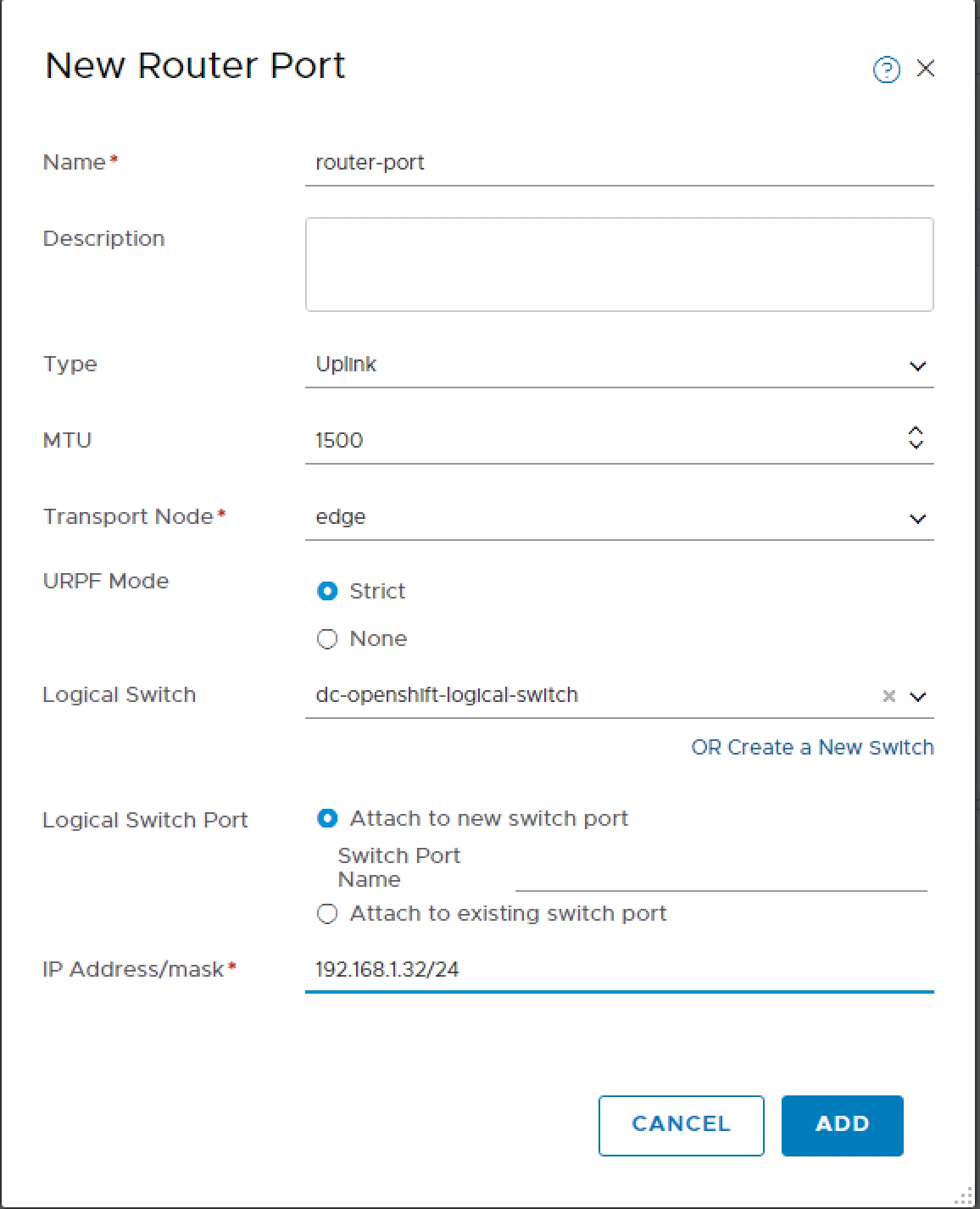 This will be used by OpenShift to once created navigate to Actions > Manage Tags and apply tag.

We create an IP pool for the tier-0 router to issue SNAT and provide external (floating) IPs to OpenShift.

OpenShift Origin is a computer software product from Red Hat for container-based software deployment and management. It is a supported distribution of Kubernetes using Docker containers and DevOps tools for accelerated application development. 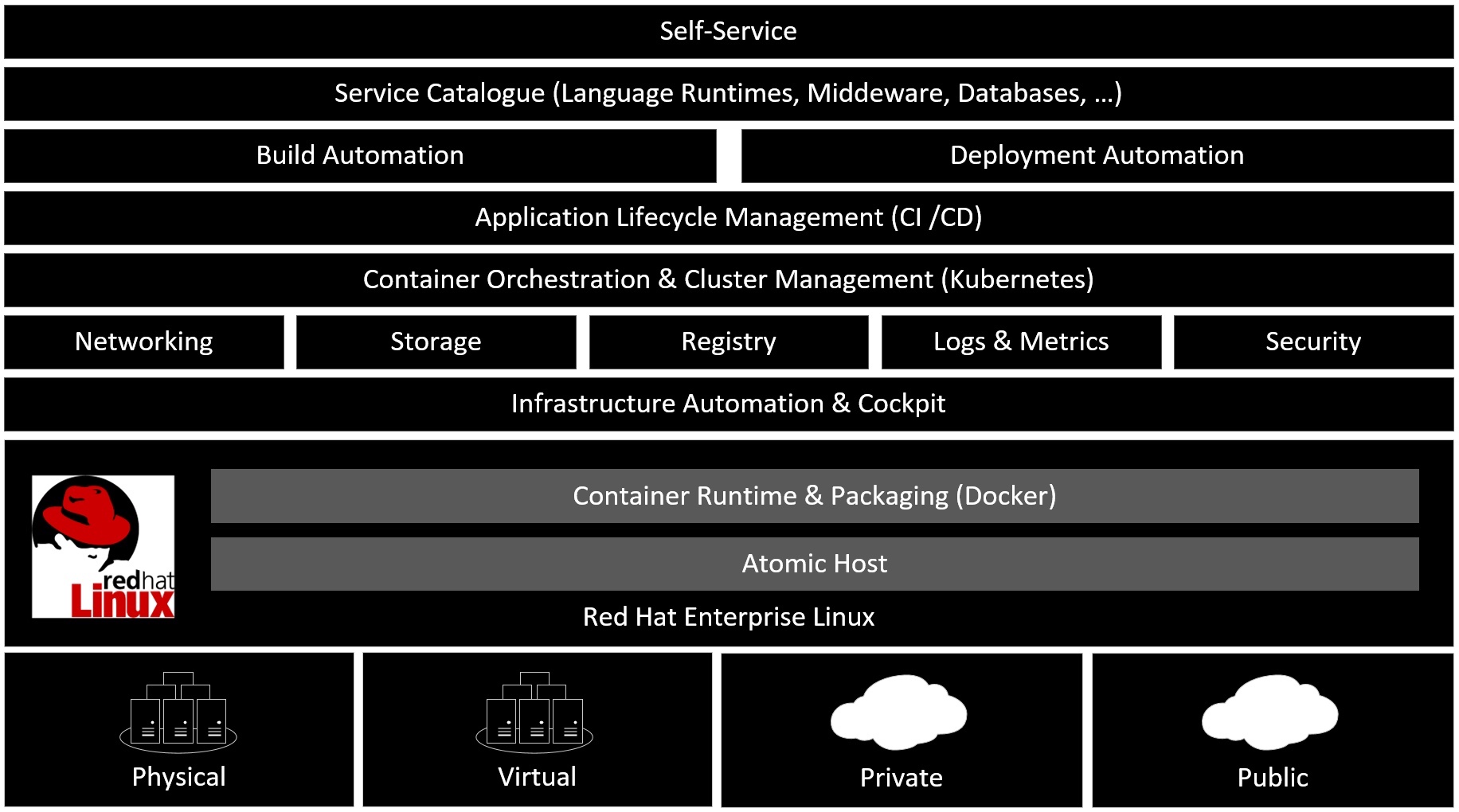 VMware provides Red Hat Ansible playbooks for installing NSX-T for OpenShift Container Platform. However, OpenShift Container Platform is a licensed product and this deploys a scaled-out deployment. Neither of these lend itself to a home lab deployment, my goal for the rest of this blog post is to detail the steps I follow for a cutdown installation.

Each OpenShift node needs to be managed and also provide connectivity to NSX, it is possible to perform these two functions on same vNIC however, I give my VM two vNICs one for management on VLAN backed dvPortgroup and one for NSX on VXLAN backed dvPortgroup. I used the CentOS minimal installation ISO set static IP address on management vNIC, and create DNS A & PTR records for this.

Once built I run following commands to install Docker, some other basic tools and apply latest patches.

OpenShift leverages the Kubernetes concept of a pod, which is one or more containers deployed together on one host, and the smallest compute unit that can be defined, deployed, and managed. A Kubernetes service address serves as an internal load balancer. It identifies a set of replicated pods in order to proxy the connections it receives to them. Services are assigned an IP address and port pair that, when accessed, proxy to an appropriate backing pod. These service addresses are assigned and managed by OpenShift. By default they are assigned out of the 172.30.0.0/16 network.

To setup our environment we can configure the Docker daemon with an insecure registry parameter of 172.30.0.0/16.

The OpenShift client is used to manage the OpenShift installation and configuration it is supplied as a package. Download this, unpack and add to runtime path.

For next steps we need a basic OpenShift stack. Rather than build something custom we can simply start a local OpenShift all-in-one cluster with a configured registry, router, image streams, and default templates, by running the following command (where openshift.darrylcauldwell.com is the FQDN which points to IP address of management interface of your VM),

Once running we can open browser to OpenShift Origin

Once installed start the Open vSwitch

These connections are created with link state DOWN in order to use them we need to set link status is up for both,

Update the network configuration file to ensure that the network interface is up after a reboot.

Ensure has a line reading,

The NSX-T Container Plug-in (NCP) provides integration between NSX-T and container orchestrators such as Kubernetes. The installation files are in same package as the NSX Open vSwitch (OVS). Install using command.

There are a few accounts used for rights assignments, the project, users and roles are defined in NCP RBAC file. To create the users within the project run,

The RBAC creates two service account users, the tokens for these are required by NCP in folder /etc/nsx-ujo. This gets mounted as config-volume and these tokens used for authentication.

The pods which NSX-T Container Plug-in (NCP) ReplicationController (RC) run in need to use the host networking so we need to allow then this right by loading the NCP Security Context Constraints for NCP and NSX Node Agent.

The NSX-T Container Plug-in (NCP) is a docker image which we import into the local registry. The image is referenced by later script by different tag name so we add an additional tag.

Then we can create NSX ReplicationController

We should now see the container running within pod namespace nsx-system.

If all has gone well we can now connect to the NCP container and use the nsxcli.

Ensure the following is set,

Check the Node Agent Daemonset is there,

We should also be able to see all of the OpenShift pods listed including our two NSX ones.