NSX Distributed Firewall Under The Covers

An NSX distributed firewall (dFW) runs as an ESXi host as a kernel module added as a VMware Installation Bundle (VIB). The dFW rules operate on Layer 2 through Layer 4; although this can be extended through Layer 7 by integrating with a 3-Party vendor. 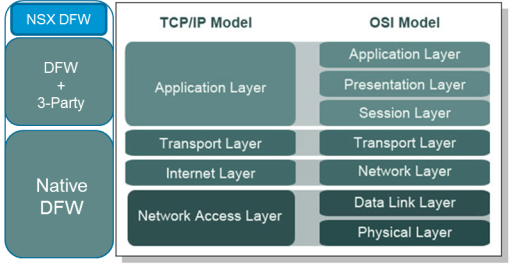 The NSX dFW enforces a state full firewall service for VMs using the vNIC as the enforcement point. Every packet that leaves the VM (before VTEP encapsulation) or enters the VM (After VTEP de-encapsulation) can be inspected with a firewall policy.

VMware Internetworking Service Insertion Platform is the distributed firewall kernel space module core component. The vSIP receives firewall rules via vShield State-full Firewall and downloads them down to each VMware-sfw. When VM connect to Logical switch there are security services each packet transverse which are implemented as IOChains processed at the Kernel level. 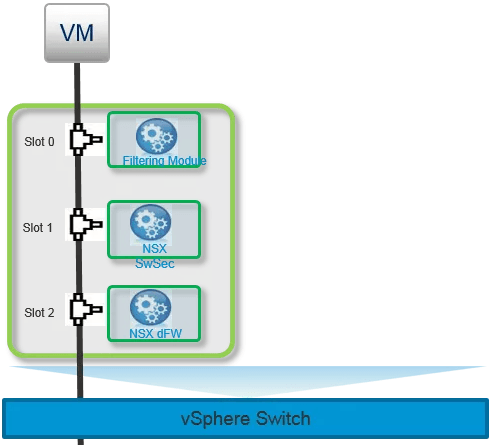 The effect of the processing of these packets is that packet leaving the VM which doesn’t match firewall rules get removed before arriving at the vSphere Switch.