As part of study for VCIX-NV I’ve given myself task of exploring in my new home lab all parts of NSX which I don’t use at work. One of these things is NSX Backup and Restore, its not that we don’t use these function but that its relatively high impacting if it goes wrong. To investigate this I came up with a list of networking configuration to test backup and restore of and the steps to I followed to perform each backup and restore type.

To backup and restore distributed firewall rules is relatively straight forwards to do. I’m starting with no rules created. 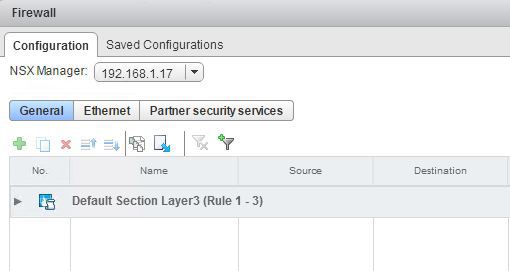 Then create a new section.

Add some rules for example any to WEB on HTTP Service and WEB to DB on SQL Service.

Delete the WEB to DB rule.

To perform a restore we do this from the Saved Configuration tab, we see that there are only auto saved backups. 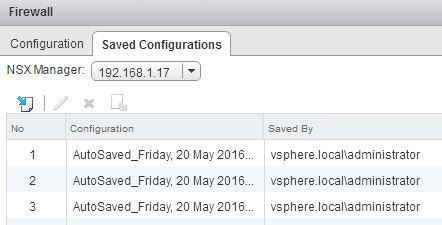 In order to restore from the file backup we need to import this into the Saved Configurations.

Now we can change back to the Configuration tab and use ‘Load Saved Configuration’ option to restore the exported file based backup. 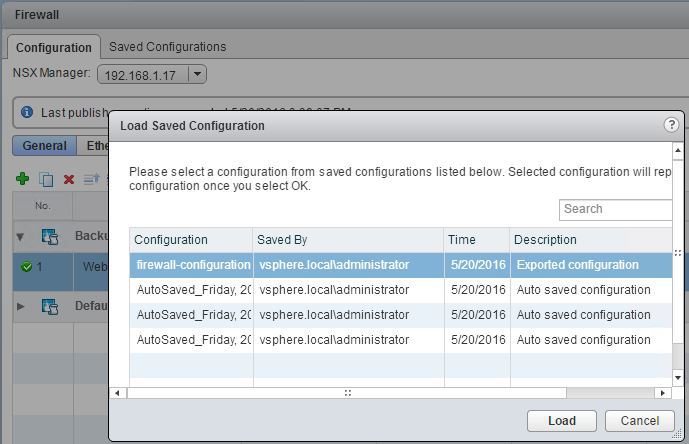 The deleted rule then gets added back.

To backup and restore NSX Manager it depends on having access to a FTP or SFTP to store the configuration in.

Previously I’d created a CentOS7 virtual machine template, I deployed one of these and then followed this procedure to configure FTP. 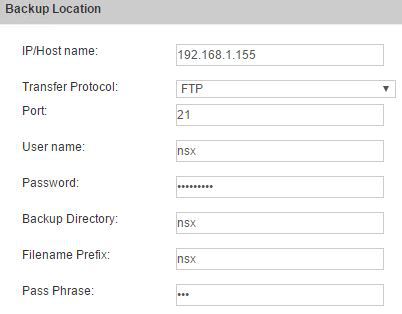 Once backup location is configured click Backup to create a backup.

Check the FTP server and it should have a folder called nsx created and within a file prefixed with nsx followed by the date and time stamp.

Make a change to NSX configuration, for example assign the NSX Manager the primary role.

If we now restore the configuration from the NSX Backup we should see the NSX Manager revert to running the Standalone role.

Select the backup created prior to making the configuration change and click Restore. The NSX Manager will restore and then restart the Management Services so will take a minute or two. We can then check the role is reverted to Standalone.

I have in lab a vSphere Distributed Switch configured with some Distributed Portgroups and Logical Switches created on. Otherwise you might need to create some configuration.

Use the context menu of the vDistributed Switch to Export the configuration to a file. 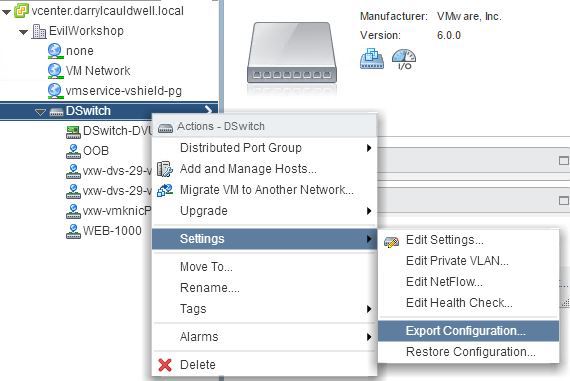 This creates a compressed zip file, most files within this are not readable except for an xml file which appears to be a manifest of the zip file.

To test that the configuration is restored add an additional distributed portgroup named TestRestore1.

Use the context menu of the vDistributed Switch to Restore the configuration from the file. Interesting we find that the Portgroup created post backup is not removed.