Encryption of data at rest is a requirement for many customers, with VMware hosted Virtual Machines (VMs) there are two ways to achieve this. VM data can be encrypted using vSAN whole-datastore encryption or using Storage Policy (VMcrypt). Both VM Encryption and vSAN Encryption require a Key Management Interoperability Protocol (KMIP) 1.1 compliant Key Management Server (KMS), the same KMS provider can be used for both types of encryption.

There are important differences between these two encryption methods.

Encryption is done in the hypervisor, “beneath” the virtual machine. As I/O comes out of the virtual disk controller in the VM it is immediately encrypted by a module in the kernel before being send to the kernel storage layer. Because encryption happens at the hypervisor level and not in the VM, the Guest OS and datastore type are not a factor. The encyrption is hardware accelerated when host CPU support Intel Advanced Encryption Standard Instructuctions (AES-NI). The encryption option is exposed via Storage Policy, therefore it can be applied to only those VMs or groups of VMs which require it. 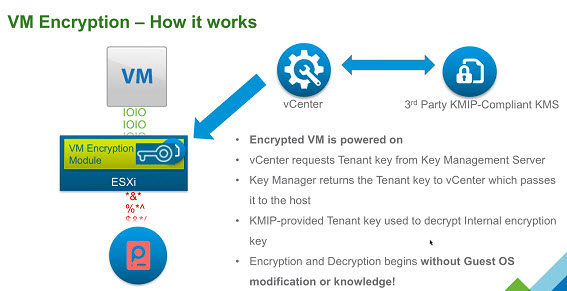 VM Encryption is implemented through vSphere APIs for IO Filters (VAIO). The VAIO framework allows a filter driver to intercept IO that a VM sends down to a storage device. Ecryption occurs before any data is send across the wire. 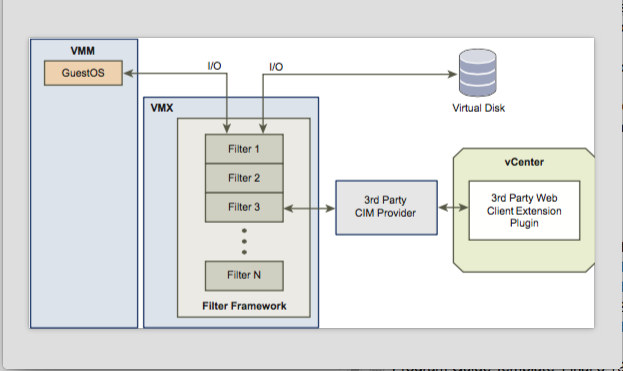 Thie data encyption at rest method is a cluster wide option, which means that every VM will be encrypted. 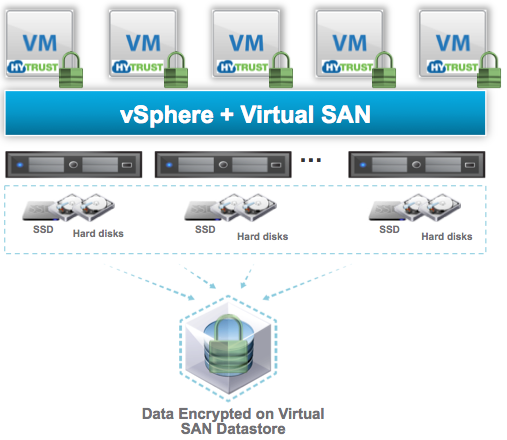 Key Management Server (KMS) availability is a critical component when deploying encryption as without it all data access is not allowed. If you lose the keys, you’ve lost the data (unless you’ve backed it up).

Key Managers today are usually set up in a way that they replicate keys to one another. If I have three instances of a key manager, KMS-A, KMS-B and KMS-C, they replicate the keys between them. If I create a key on KMS-A it will show up in KMS-B & KMS-C at some point. Using this example, in vCenter I would create a key manager cluster/alias. In this example I’ll call it “KMSCluster” and add KMS-A, KMS-B and KMS-C into that KMS Cluster. I would then establish a trust with each of the key managers.

If you have a single site then you probably want to have, at minimum, two replicating key managers. For multi-site, you want all the KMS servers running and replicating across the sites. 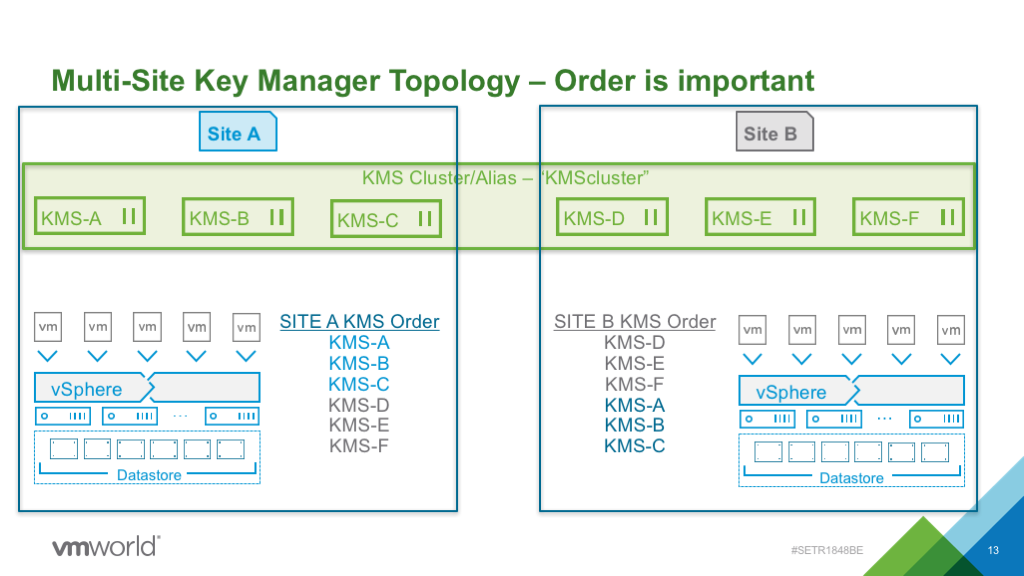